Zachary David Alexander "Zac" Efron (born October 18, 1987) is an American actor, singer, and dancer. He began acting professionally in the early 2000s, and became known to young audiences after his roles in the Disney Channel Original Movie High School Musical, the WB series Summerland, and the 2007 film version of the Broadway musical Hairspray. In 2007, before the release of High School Musical 2, Rolling Stone declared him the "poster boy for tweenyboppers" and featured him in their late August 2007 issue. Efron has since starred in the films 17 Again, Me and Orson Welles, and Charlie St. Cloud, and is due to star in New Year's Eve and The Lucky One.

Efron was born in San Luis Obispo, California, and later moved to Arroyo Grande, California. His father, David Efron, is an electrical engineer at a power station, and his mother, Starla Baskett, is a former secretary who worked at the same power plant. Efron has a younger brother, Dylan, and had, as he described it, a "normal childhood" in a middle class family. He is an agnostic, having never been religious. His surname, "Efron", means "lark" in Hebrew (his paternal grandfather was Jewish).
Efron has said that he would "flip out" if he got a "B" and not an "A" in school, and has also described himself as having been a class clown. His father encouraged him to begin acting when he was 11 years old. Efron subsequently appeared in theater productions at his high school, worked in the theater The Great American Melodrama and Vaudeville, and began taking singing lessons. He performed in plays such as Gypsy; Peter Pan; or, The Boy Who Wouldn't Grow Up; Little Shop of Horrors; and The Music Man. He was recommended to an agent in Los Angeles by his drama teacher, Robyn Metchik (the mother of actors Aaron Michael Metchik and Asher Metchik). Efron was later signed to the Creative Artists Agency.

Efron graduated from Arroyo Grande High School in 2006 and was then accepted into the University of Southern California, but has deferred his enrollment to work on film projects. He also attended Pacific Conservatory of the Performing Arts, a community college located in Santa Maria, California, which provided him with the opportunity to perform as a "young player" during the years of 2000 and 2001. 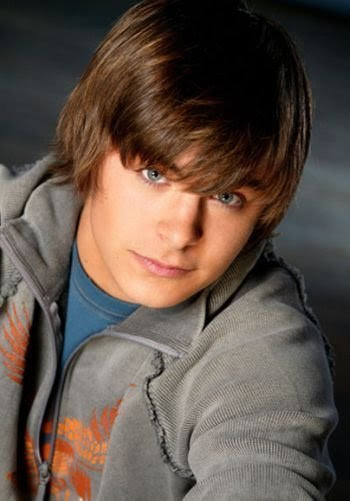 In 2002, Efron began to appear in guest roles on several television series, including Firefly, ER, and The Guardian. He portrayed Cameron Bale on the now-cancelled WB series Summerland. Originally introduced as a recurring character, Efron became a regular cast member on the show in the second season in 2004, starring opposite the likes of Kay Panabaker, Lori Loughlin and Jesse McCartney. Since appearing in Summerland, he has also had guest roles on the shows CSI: Miami, NCIS, The Suite Life of Zack & Cody and The Replacements. In 2003, Efron starred in the Lifetime original television movie Miracle Run. He played Steven Morgan, one of two autistic twins. For his performance, he was nominated for a Young Artist Award for Best Performance in a TV Movie, Mini-series or Special — Supporting Young Actor. In 2005, he played a main character in Hope Partlow's music video for her song "Sick Inside." Also in 2005, he played horse-loving Patrick McCardle in The Derby Stallion, where his character wants to beat the town bully at the steeple chase race.

In 2006, Efron starred in the Disney Channel original movie High School Musical as Troy Bolton, a popular student and captain of the basketball team. The film, which he initially made with "low expectations", helped Efron gain recognition among teenage audiences as both an actor and a singer, even though his singing voice was overdubbed. As a result, he placed as high as #4 on the IMDBPro's STARMeter for the week of January 29, 2006. In August 2006, Efron won a Teen Choice Award in the Breakout Star and the TV — Choice Chemistry categories, shared with Vanessa Hudgens. The film's cast, along with Efron, toured Sydney, Australia, London, England, and other locations to promote the film.
Shortly after High School Musical aired, on February 4, 2006, Efron debuted with two simultaneous charted songs on Billboard Hot 100 from the film: "Get'cha Head in the Game" and "Breaking Free", a duet with Hudgens. On the following week's chart, Efron had five simultaneous song credits from High School Musical: "Get'cha Head in the Game", "Start of Something New", "What I've Been Looking For: Reprise", "We're All in This Together" and "Breaking Free." "We're All in This Together" was credited to the whole High School Musical cast. "Breaking Free", at the time, made the fastest climb in the history of the Billboard charts, from #86 to #4 between the two weeks; the record was beaten by Beyoncé and Shakira's "Beautiful Liar".Efron also appeared in the 2006 Disney Channel Games as captain of the Red Team.
Efron's singing talents were disputed when it was revealed that Drew Seeley's voice was blended with his on the soundtrack of High School Musical. An August 23, 2007 interview in Rolling Stone magazine revealed that he had been cast in High School Musical after the songs were written, and the songs (written for a tenor) were somewhat out of his baritone vocal range.

On April 7, 2007, Efron appeared in an episode of Punk'd. Efron also starred in the music video for Vanessa Hudgens's single "Say OK", in which he played her love interest. The video aired on March 16, 2007 on the Disney Channel. That year, he was named one of People magazine's 100 Most Beautiful People in 2007. A picture and short profile of him was in the section "Coming of Age". In it, he related how he was always the shortest kid in school (as of August 2007, he was 5'8") and was teased for the "huge gap" in his teeth.
In 2006, Efron was cast as Link Larkin in a film version of Hairspray released on July 20, 2007. Efron performed all of his own vocals in the role, which was filmed in Toronto, Ontario, from September 5 to December 2, 2006. He cut and dyed his hair dark brown and gained about 15 pounds for the role. His performance and the film received positive reviews. Efron was not able to perform with his fellow castmates in High School Musical: The Concert because of commitments on the film Hairspray. Drew Seeley took over for him.

High School Musical 2 was released in August 2007. Additionally, Lycos reported searches for Efron surged by 81%. The film set a new record, becoming the most watched basic cable program in U.S. history, with 17.2 million viewers. Efron also appeared on the cover of the August 2007 edition of Rolling Stone.The article about him revealed that he hoped to someday play an action hero. Efron presented the 2007 Teen Choice Award for "Favorite Movie" along with Queen Latifah, and later that year, he co-hosted the Nickelodeon Australian Kids' Choice Awards with The Veronicas on October 10 in Sydney.
Efron reprised his role in High School Musical 3: Senior Year, which was theatrically released on October 24, 2008. His next role was in 17 Again, a high school-set comedy-drama produced by Adam Shankman and based on a pitch by Jason Filardi; the plot involved an adult who is transformed into a 17-year old (played by Efron). 17 Again was released in 2009.

In early 2008, Efron was cast in the lead role in the film Me and Orson Welles. Based on Robert Kaplow's novel of the same name, the story, set in 1937 New York, tells of a teenager hired to star in Orson Welles' production of Julius Caesar, where he becomes attracted to a career-driven production assistant. The film was shot in the Isle of Man, London and New York, during February — April 2008. It was introduced to North America via the Toronto Film Festival on September 5, 6, and 11, 2008 and was released in 2009. Efron was also scheduled to star in Paramount's musical remake of the film Footloose, and has said that he would like to add his "own little bit of flair" to the role originated by Kevin Bacon. In March 2009, he dropped out of the film. Efron was quoted as saying that while it was a promising gig, he left the project because he "was looking for a new challenge, and this was another musical."

On April 8, 2009, Efron's participation in a comedic short video entitled "Zac Efron's Pool Party" for the website Funny Or Die was released for public viewing. On April 11, 2009, Efron hosted an episode of Saturday Night Live. In early June 2009 it was confirmed that Efron would be making a guest appearance during the sixth season of HBO's comedy series Entourage.
Efron starred in a series of advertisements, along with Kristen Bell and Sean Combs, promoting the 2010 MTV Movie Awards and the host, Aziz Ansari. In 2009, he signed on to play title character in the movie Charlie St. Cloud. The film was released on July 30, 2010.

Efron is slated to star in the title role of the live-action adaptation of the Jonny Quest cartoons. Additional projects include Einstein Theory and an adaptation of Fire, by Image Comics. On February 11, 2011, it was reported that Efron will star in the action romance Charlie Countryman. He is also set to star in and produce the American remake of Swedish crime film Easy Money.

Efron owns an apartment in Los Angeles, California. On January 15, 2008, he was hospitalized at Cedars-Sinai Medical Center in Los Angeles for an emergency appendectomy. Efron was also on the Forbes Celebrity 100 list in 2008, as number 92 with an estimated earning of $5.8 million from June 2007 to June 2008. As of April 5, 2009, his personal wealth equaled about $10 million. People magazine said in 2007 that Efron and Vanessa Hudgens began dating in 2005 during the filming of High School Musical, although Us magazine said, after the two broke up in December 2010, that they "met in 2005 while making the first High School Musical flick, and became a romantic item about two years later."
Posted by sella ashfaq at 6:37 PM