Daniel Jacob Radcliffe (born 23 July 1989) is an English actor who rose to prominence playing the titular character in the Harry Potter film series. His work on the series has earned him several awards and more than £60 million.

Radcliffe made his acting debut at age ten in BBC One's television movie David Copperfield (1999), followed by his film debut in 2001's The Tailor of Panama. Cast as Harry at the age of eleven, Radcliffe has starred in seven Harry Potter films since 2001, with the final instalment releasing in July 2011.

In 2007 Radcliffe began to branch out from the series, starring in the London and New York productions of the play Equus, and the 2011 Broadway revival of the musical How to Succeed in Business Without Really Trying. The Woman in Black (2012) will be his first film project following the final Harry Potter movie. 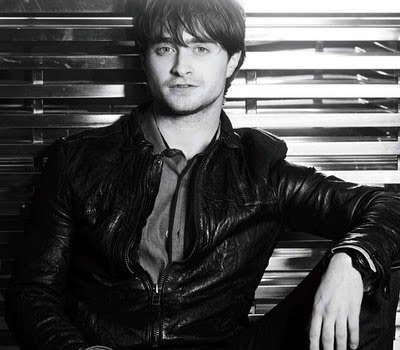 Radcliffe has contributed to many charities, including Demelza House Children's Hospice and The Trevor Project. He has also made public service announcements for the latter. In 2011 the actor was awarded the Trevor Project's "Hero Award".

Early life
Radcliffe was born on 23 July 1989 in West London, England, the only child of Alan George Radcliffe, a literary agent, and Marcia Jeannine Gresham (née Marcia Gresham Jacobson), a casting agent who was involved in several films for the BBC, including The Inspector Lynley Mysteries and Walk Away And I Stumble.Radcliffe's mother is Jewish and a native of Westcliff-on-Sea, Essex (her family's surname was anglicised from "Gershon");his father, originally from Northern Ireland, is Protestant. Radcliffe first expressed a desire to act at the age of five.

In December 1999, aged ten, he made his acting debut in the BBC One's televised two-part adaptation of the Charles Dickens novel David Copperfield, portraying the title character as a young boy. Radcliffe was educated at independent schools for boys, including Sussex House School, a day school in Cadogan Square in Chelsea, London.

Following the release of the first Harry Potter movie, attending school became hard, with some students becoming hostile. Radcliffe said it was people just trying to "have a crack at the kid that plays Harry Potter" rather than jealousy. As his acting career began to consume his schedule, Radcliffe continued his education through on-set tutors.

The actor admitted he was not very good at school, considered it useless, and found the work to be "really, really difficult."However, he did achieve A grades in the three Advanced levels he sat in 2006 but then decided to take a break from education and did not go to college or university. Part of the reason was he already knew he wanted to act and write. Another reason was it would be difficult to have a normal college experience. "The paparazzi, they’d love it,” he told Details magazine in 2007. "If there were any parties going on, they’d be tipped off as to where they were, and it would be all of that stuff."
Posted by sella ashfaq at 10:19 AM