Super Junior (Korean: 슈퍼주니어), often referred to as SJ or SuJu (슈주), is a popular boy band from South Korea formed by S.M. Entertainment in 2005. The group debuted with 12 members: Leeteuk (Leader), Heechul, Han Geng, Yesung, Kangin, Shindong, Sungmin, Eunhyuk, Donghae, Siwon, Ryeowook, Kibum and later added a 13th member named Kyuhyun; they are one of the largest boy bands in the world.

As of 2010, 10 members are active, due to Han Geng's lawsuit with SM Entertainment which led to him leaving the group (now pursuing his own singing career in the Mandarin-Pop entertainment industry), Kangin's temporary leave of absence for mandatory military service and Kibum's pursuit of an acting career.

However, the other members have insisted that the three (Kangin, Kibum and Han Geng) are still part of the group, the group also mentioned that they are saddened by Han Geng's departure from the group. 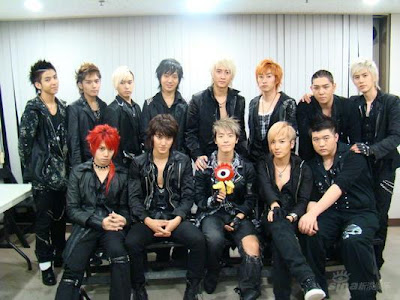 Super Junior has released and contributed in 20 different kinds of records with varying degrees of success. Over the years, they have been divided into smaller sub groups, simultaneously targeting different music industries and audiences.

Largely due to Super Junior's success as entertainers, other Korean entertainment managements began to train their music groups in other areas of entertainment, such as acting and hosting.

In addition to their commercial success, Super Junior has earned seven music awards from the M.net Asian Music Awards, eleven from the Golden Disk Awards, and is the second singing group to win Favorite Artist Korea at the 2008 MTV Asia Awards after JTL in 2003. 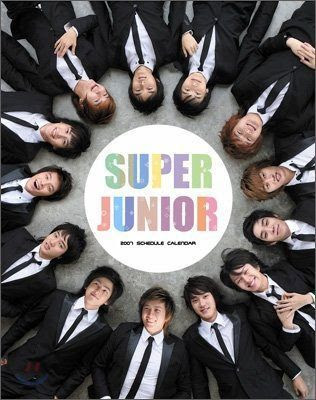