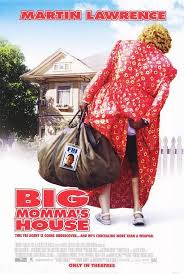 Big Momma is back and this time he has big backup: his teenage stepson Trent.
Now at cinemas nationwide is the third film in the Big Momma series: Big Momma's Like Father, Like Son. Martin Lawrence returns as FBI agent Malcolm Turner and as Turner’s deep-cover alter-ego Big Momma. Turner is joined by Trent (Brandon T. Jackson) as they go undercover at an all-girls performing arts school after Trent witnesses a murder. Posing as Big Momma and as hefty student Charmaine, they must find the killer before he finds them. 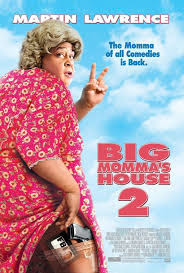 First seen back in 2000 for Big Momma's House, Lawrence's character has become a huge hit with cinemagoers worldwide.

To celebrate the release of the film, we have some great prizes on offer. First prize consists of keyring, magnet set, t-shirt and bathroom scales (yes - bathroom scales!).

There are also four runners up prizes packs featuring t-shirt, keyring and magnets. Enter by bouncing over to our Competitions Section.