Bad Boys II is a 2003 action/comedy film directed by Michael Bay, produced by Jerry Bruckheimer, and starring Martin Lawrence and Will Smith. It is a sequel to the 1995 film Bad Boys. The film is about two police detectives investigating the flow of ecstasy into Miami. Despite mainly negative reviews from professional critics, the film performed well at the box office, grossing $273,339,556 worldwide.

Eight years after the events of the first film, Detective Marcus Barnett (Martin Lawrence) and Detective Mike Lowrey (Will Smith) are investigating the flow of ecstasy into Miami. Their surveillance of boats coming in from Cuba leads them to a KKK meeting/drug drop in a swamp, Mike accidentally shoots Marcus in the buttocks which leads Marcus to further question if he still wants to partner with Mike.

Meanwhile, a neurotic Cuban kingpin named Johnny Tapia (Jordi Mollà), who supplies Miami's drug traffic, tells his men to change the boat's schedules once again. Two members of the Russian Mob, Alexei and Josef, receive drugs from Tapia to run their nightclub businesses, but end up giving nearly half of their profits to Tapia. Alexei and Josef go to negotiate with Tapia to recoup some of their profits, but this ends in Josef's murder by Tapia's men and Alexei's forced surrender of his Russian nightclubs after his wife and son are threatened by Tapia. Meanwhile, the relationship between Mike and Marcus' sister, Syd, who also happens to be undercover with the DEA as a money laundering agent for the Russians, continues to develop from an earlier rendezvous in New York. During her first assignment, a Haitian gang attempts to hijack the transport and kill Syd. An intense fire fight and car chase ensues between the gang members and the Miami Police/DEA and devastates the local area. Marcus and Mike learn of Syd's actual work, which makes Marcus unhappy. 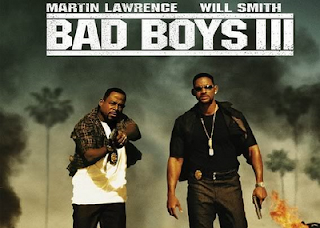 Marcus and Mike go to confront the Haitian gang leader, which results in a firefight and the leader revealing that his information about the transport came from his friend's camcorder. After viewing the footage, Marcus and Mike find out that the Spanish Palms Mortuary, a business owned by Tapia's Mother, is possibly being used as a front. Disguised as pest terminators, they penetrate Tapia's mansion and find out that Tapia is using dead bodies in the mortuary to smuggle his drugs and money to Cuba. Syd, still undercover with the DEA, has successfully charmed Tapia but is found out, captured and taken to Cuba. During the escape, Alexei, out to avenge Josef's murder, defeats most of Tapia's guards but is shot and killed by police in a standoff. Marcus and Mike successfully confiscate Tapia's drug and money supply, but Tapia calls Marcus telling him he will kill Syd in 48 hours if he doesn't return his product.

Mike and Marcus, along with their voluntary SWAT team and Syd's co-workers, prepare a plan to rescue Syd from Tapia. A long gunfight ensues and eventually the Cuban military arrive. As Tapia's newly built house is destroyed with his mother and daughter inside, Mike, Marcus and Syd manage to escape, pursued by the infuriated Tapia. After a lengthy pursuit, they end up at the U.S. Naval Base at Guantanamo Bay. As Marcus and Syd plead with the US soldiers (who refuse to intervene as they are still on Cuban soil), a gunfight erupts between Tapia and Mike. Marcus gets the opportunity to fire his last bullet and shoots Tapia in the head, killing him instantly. Tapia's body falls on a mine and his corpse explodes.

Later, at the Burnett house, Mike has bought Marcus a new pool, and Marcus finally makes peace with Mike dating Syd. He even tears up the transfer papers he was going to put in, which would have ended their partnership. However, the pool breaks again, washing the two into the river, as they sing the "Bad Boys" theme song.
Posted by sella ashfaq at 11:16 PM