Mraz released his debut album, Waiting for My Rocket to Come, which contained the hit single "The Remedy (I Won't Worry)", in 2002, but it was not until the release of his second album, Mr. A-Z that Mraz achieved major commercial success. The album peaked at number five on the Billboard 200 and sold over 100,000 copies in the US. In 2008, Mraz released his third studio album, We Sing. We Dance. We Steal Things. The album debuted at number three on the Billboard 200 and was a commercial success worldwide, peaking in the top ten of many international charts.

Mraz's international breakthrough came with the release of the single "I'm Yours" from the album We Sing. We Dance. We Steal Things. The single peaked at number six on the Billboard Hot 100, giving Mraz his first top ten single. The song was on the Hot 100 for 76 weeks, beating the previous record of 69 weeks held by LeAnn Rimes' "How Do I Live". The song was a huge commercial success in the US, receiving a 5x platinum certification from the RIAA for sales of over five million. The song was successful internationally, topping the charts in New Zealand and Norway and peaking in the top ten of multiple international charts.

Jason Mraz was born and raised in Mechanicsville, Virginia. He is of Czech descent through his grandfather, who moved to the United States from Austria-Hungary in 1915. His surname is Czech for "frost" (Czech: mráz). His parents, Tom Mraz and June (née Tomes) Mraz, divorced when he was four years old, but he asserts that he had an idyllic childhood, saying, "My hometown of Mechanicsville was very American. There were white picket fences, a church on every street corner, low crime and virtually no drug use. It was a good place to grow up."

Mraz attended Lee-Davis High School in Mechanicsville. As a teenager, Mraz participated in local theater with SPARC (School of the Performing Arts in the Richmond Community). He played Joseph in the musical Joseph and the Amazing Technicolor Dreamcoat

After graduating from high school in 1995, Mraz attended The American Musical and Dramatic Academy in New York City, for a short time, studying musical theater. He dropped out of the school after taking up the guitar and focusing more on songwriting, and began performing at the world famous Java Joes. He had regular shows and was a favourite with audiences. He then briefly returned to Virginia before moving to San Diego, California.. 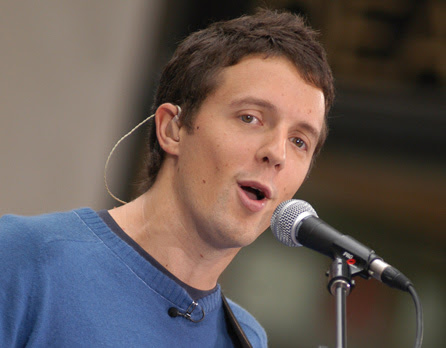 In 2001, Mraz released a live acoustic album, Live at Java Joe's. The album featured Mraz's free-lancing vocal style and songs he later rereleased, including "1000 Things", "You and I Both", and "Halfway Home."

In 2002, Mraz released his first major-label debut album, Waiting for My Rocket to Come. The album was a relative commercial success, peaking at number 55 on the Billboard Hot 200 and at number two on the Top Heatseekers Chart. The lead single from the album, "The Remedy (I Won't Worry)" was co-written by music production team The Matrix and it was Mraz's first top 20 single on the Billboard Hot 100, peaking at number 15.

Mraz's friend and former roommate Billy "Bushwalla" Galewood collaborated on the album, co-writing "Curbside Prophet" and the album's third single, and "I'll Do Anything".

Mraz opened for Tracy Chapman in March 2003 at the Royal Albert Hall in London. In July 2005, Mraz opened for Alanis Morissette during her Jagged Little Pill Acoustic Tour. On July 26, 2005, he released his second major-label album, Mr. A–Z, for Atlantic Records. It entered the Billboard 200 album chart at number 5. In December, the album earned a Grammy Award nomination for Best Engineered Album, Non-Classical, while its producer, the prolific Steve Lillywhite, received a nomination for Producer of the Year. In 2006 "Life is Wonderful" the first track of the album was featured in the Hilton Journeys Hotel commercial"

Mraz began his long-running tour in support of Mr. A–Z at the San Diego Music Awards on September 12. The tour featured a variety of opening acts, including Bushwalla and Tristan Prettyman, with whom he had co-written the duet "Shy That Way" in 2002. Mraz and Prettyman dated, ending their relationship in 2006. They also co-wrote the song "All I Want For Christmas is Us".[citation needed] In November 2005, Mraz opened for the Rolling Stones on five dates during their 2005–2006 world tour. Also in 2005, Mraz was one of many singers featured in the fall advertisement campaign for The Gap entitled "Favorites". The music-themed campaign also featured other singers including Tristan Prettyman, Michelle Branch, Joss Stone, Keith Urban, Alanis Morissette, Brandon Boyd, and Michelle Williams. In December 2005, Mraz released the first part of his ongoing podcast. 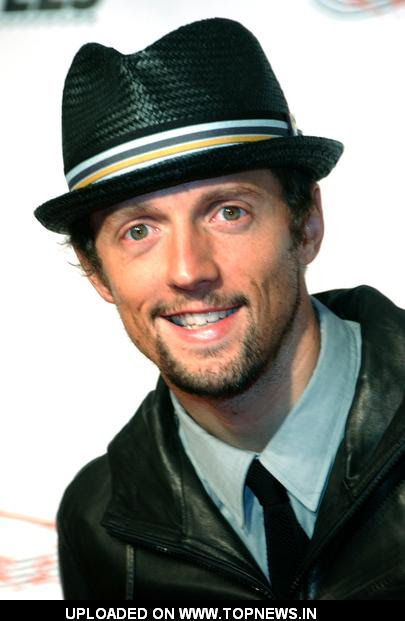 In March 2006, Mraz also performed for the first time at a sold-out performance in Singapore with Toca Rivera as part of the annual Mosaic Music Festival.[citation needed] In May 2006, Mraz toured mostly small venues and music festivals in the U.S., along with a few shows in the United Kingdom and Ireland. The tour included a May 6, 2006 acoustic show with P.O.D., Better Than Ezra, Live, and The Presidents of the United States of America. Mraz was featured as a headlining guest of St. Louis's annual Fair St. Louis and performed a free concert at the base of the Arch on July 1, 2006. During this time, Mraz was also the opening act at several dates for Rob Thomas' Something to Be Tour.
Posted by sella ashfaq at 3:55 PM