Lee made his debut in 1998 as an actor and singer. However, he has long since given up his singing career. Lee once stated that his singing career was like a wheel; sometimes he's up and sometimes he's down, and if it were not for his successful acting career, he would have already left the entertainment business. He was enrolled in the Department of Theatre and Cinema at Hanyang University but was recently expelled for his low attendance record.
Lee decided to take a break from acting in 2006 claiming he felt overwhelmed with his workload in both television and film. He resumed his acting career in 2007.
It is speculated that Lee is somewhat fluent in Japanese because he has repeatedly used the language while acting in Friends (2002) and Stained Glass (2005).
As of 2010, Lee is currently enlisted in the military. 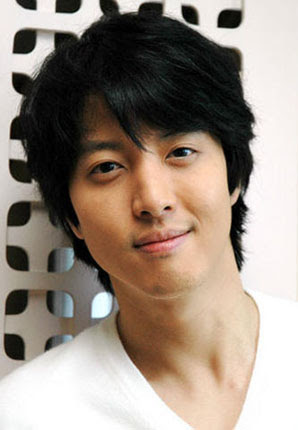 Lee Dong-gun was dating Han Ji-Hye, his costar from Sweet 18 and My Boyfriend is Type B but their highly publicized relationship ended after 4 years. But they were told to work only forgetting the past.
At 1 AM on the 20th March 2008, Lee Dong Gun's 19 year old brother, a student at Sydney University, was fatally stabbed in an incident involving two groups of men beneath the World Tower in Sydney, Australia. Another 20 year old man was critically injured. Lee Dong Gun left for Sydney to identify his brother's body.