He is known for his affinity for strange character roles, and he is best known internationally for playing L in the 2006 films Death Note, Death Note: The Last Name and L: Change the World in 2008, as well as voicing Gelus in the Death Note animated adaptation. He was cast to play lead character Toru Watanabe in the movie adaptation of Haruki Murakami's novel Norwegian Wood, which was released in December 2010. His real given name written in kanji as "研一". On April 1st 2011 he married Kato Koyuki who co-starred with him in Kamui Gaiden (The Mainichi Daily News, 20, April, 2011). 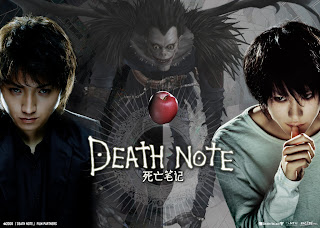 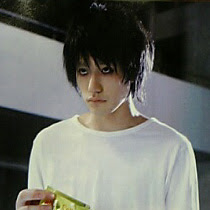 Most people outside Japan know Matsuyama Kenichi as the enigmatic genius L is the "Death Note" movies. Well, prepare for a whole new "MatsuKen"! The 22-year-old actor will take on the role of vocalist in a death metal band in the movie adaptation of gag manga "Detroit Metal City". Written by Wakasugi Kiminori, it has run in the comic "Young Animal" since 2005. Matsuyama will play Negishi Souichi, who leaves his family's farm in Oita Prefecture for the bright lights of Tokyo. There he swaps his taste in Swedish pop for the totally out-of-character death metal, taking on the role of vocalist in the trio Death Metal City and adopting the name Johannes Krauser II. The story arc leads up to a climactic showdown with the hell-raising American kings of black metal, Jack ill Dark (whose signature tune is "Fuckingham Palace"!). Matsuyama is currently learning the guitar and "death voice" stylings to pull off the performance. Filming is scheduled to start at the end of February. The movie is expected to feature cameos from prominent musicians, though no names have been announced.


• Who are Japan's most popular celebrity bloggers? Well, according to CyberAgent's free Ameba service, which hosts thousands of blogs, the No.1 spot continues to belong to talento Wakatsuki Chinatsu (23). But young actress/singer Aragaki Yui (19) has stormed up to No.2 just a week after starting her site. Actress Tomosaka Rie (28) says she's somewhat embarrassed to be ranked 3rd.


• The multi-talented Kitano "Beat" Takeshi (60) has his actor hat on again, playing his first TV drama leading role in five years. He will star as a 1950s detective in "Ten to Sen", the third time he has appeared in an adaptation of a novel by Matsumoto Seichou (1909-1992). The novel, published in 1958, tells of a murder case in the city of Hakata in Kyushu. This meant Takeshi having to master the region's distinctive dialect for the role. The two-part drama will air on November 24-25 and is part of TV Asahi's 50th anniversary. Takeshi's veteran cop is supported by the always solid Takahashi Katsunori (42) and the cast also includes Uchiyama Rina (26) and Yanagiba Toshirou (46).


• Actress Kawashima Naomi (47) is getting married. She has yet to make a formal announcement, but is expected to get engaged to patissier Yoroizuka Toshihiko (42) before the end of the year. The pair met on a TV show about two years ago and have been dating for the last six months.
Posted by sella ashfaq at 1:29 AM