Serial killers are a staple of fiction. They provide frights, gore and stunning insight into the human mind. Except for the stunning insight into the human mind, because who goes around killing people? I mean, I know I’m tempted, but I’ve got this pesky little thing called a “conscience” that keeps me from doing it. I hate that guy.
Anyway, movies, television and books love serial killers, because they’re scary and interesting. That was my point. Yeah.
And speaking of serial killers, do you know who’s a couple of serial killers? Death Note’s Kira (Light Yagami) and Dexter’s Dexter! Also, they kill bad guys, so that makes for some fun times, right? 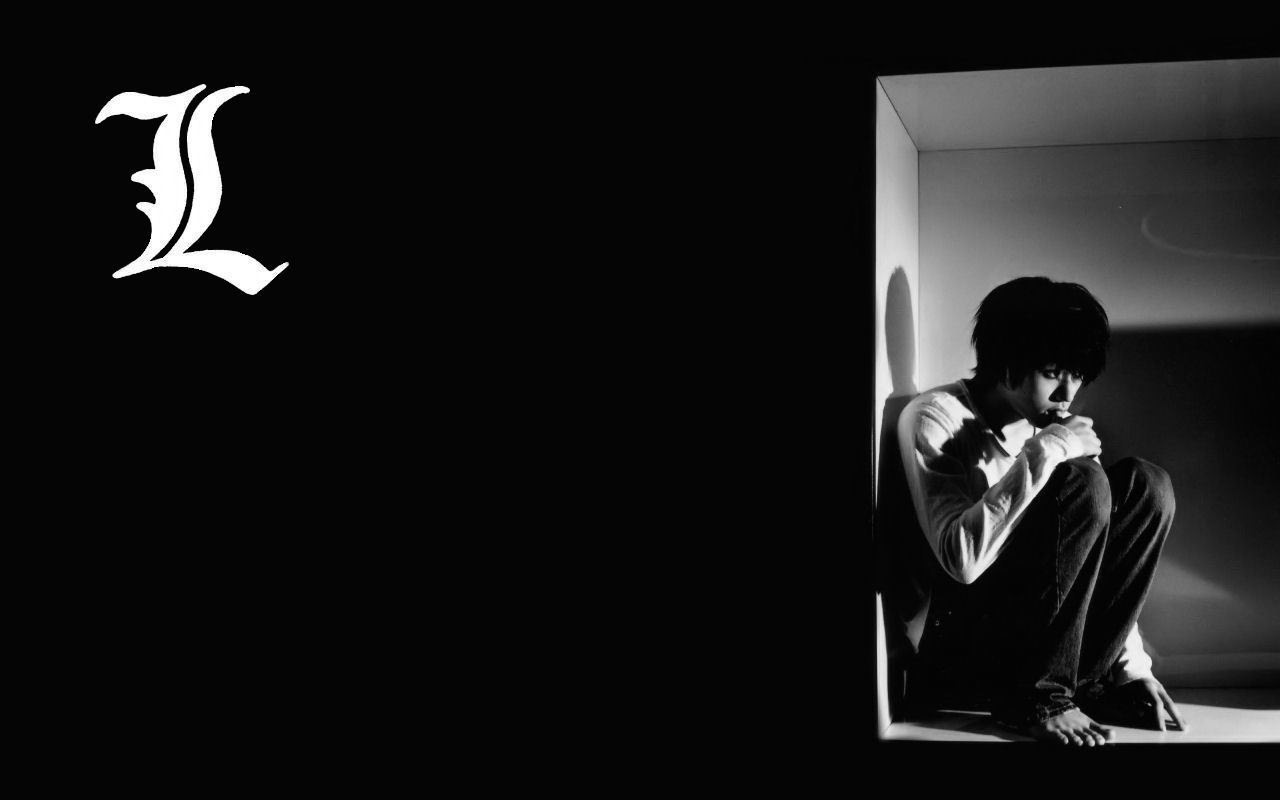 Physicality. A lot of people say Michael C. Hall is really attractive. Now, I’m not saying they’re wrong, just that I think they’re wrong. (So, I guess I’m saying they’re wrong.) Seriously, though, I can see how he would be some folks’s type, what with the whole “rugged” thing he’s got going on, but we all know that the only rugged guy who has a place in my heart is Adam “John Casey” Baldwin. On the other hand, Light “pronounced Raito” “Kira” Yagami is drawn like your stereotypical bishonen (that’s pretty boy, for those of you who aren’t into that genre of manga) and is portrayed as a ladykiller. Not literally. Well, sometimes literally. On the other (third, mutant) hand, he was played by this guy: 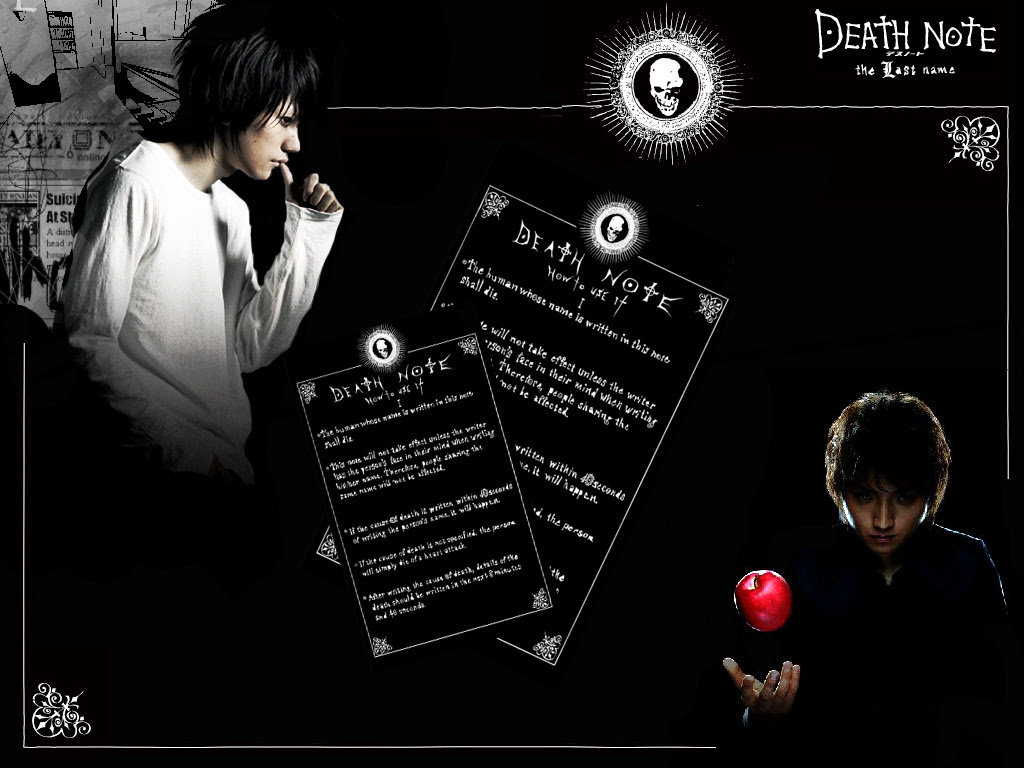 in the live-action film. Winner? The manga Light Yagami. It’s hard not to root for a guy who’s drawn that pretty.

Has a strict moral code? The weird thing about this pair of serial killers is that they both have a strict moral code. Sure, that strict moral code includes “killing certain people is OK,” but it has the proviso of “those people must be bad, evil, killer-types.” Except that they’ve both killed innocent people, so they kind of suck at following their own moral codes. However, Dexter really does try to avoid murdering the so-called “good guys,” while Light Yagami killed a bunch of FBI agents just because he thought one of them might possibly maybe be able to figure out he was Kira, perhaps. Winner? Dexter. 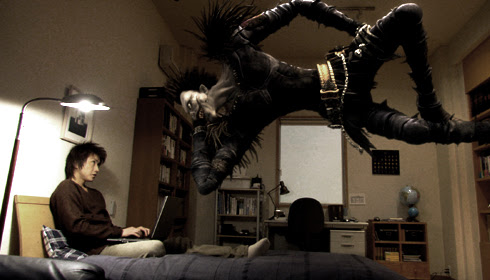 Willing to get his hands dirty? Metaphorically, they’re both willing to get their hands dirty. Ridding the world of murdering scum such as themselves, that sort of thing. However, physically, only Dexter has a traditional serial killing routine, with the slicing and the blood and the plastic tarp or whatever. Light Yagami just writes down people’s names in a magical notebook of death (hence the series’ name, “Death Note”) and they die of heart attacks. If worst comes to worst, he has a henchman do the dispatching. Winner? Dexter. 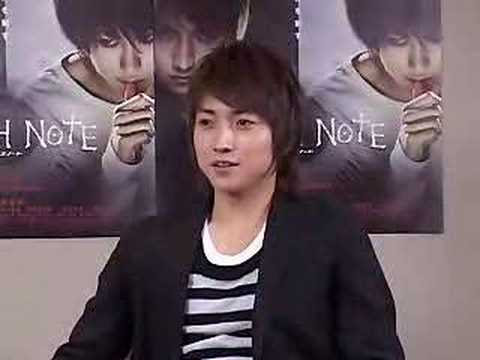 (Like I said, he doesn’t like to get his hands dirty.) Similarly, Dexter was not directly responsible for the death of that one detective (I forget his name, but he was the one who said “motherfucker” a lot), but it’s not like he cried when the guy was dead. Winner? Nobody, by a stupid technicality. Otherwise, it would be Kira, because I hate him so much for killing L. *Sniff* 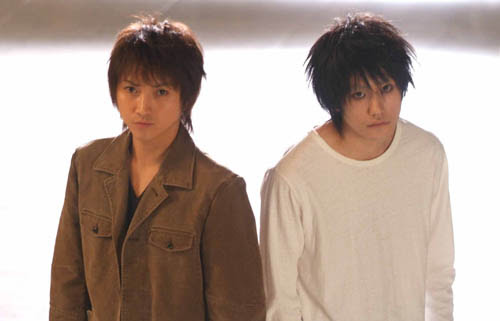 Has a father with a realllllly strict moral code? As a matter of fact, yes! Both these killers have daddies who are policemen. Dexter’s dad helped him come up with “the code” by which he lives, which keeps him killing baddies and mostly out of jail. 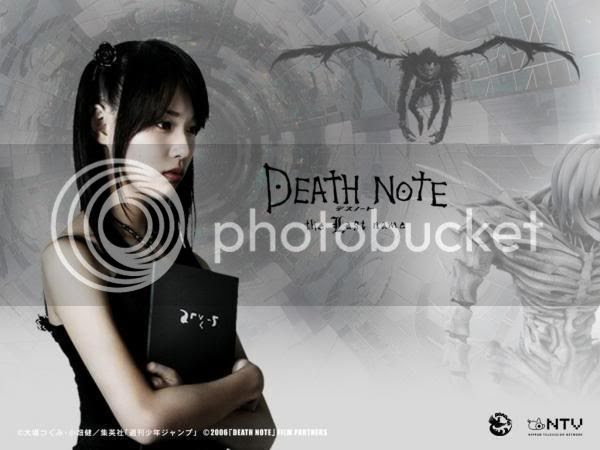 Has a better reason for turning to murder as the solution to all life’s problems? As a child, Dexter witnessed the brutal murder of his mother and was found pretty much caked in her blood. He didn’t have to turn to serial killing, but it kind of seems like really heavy drugs or a psychotic break are the only other options. Light Yagami was bored. Oh, and he wouldn’t mind making the world a better place, but mostly bored. Winner? Dexter.

And there were cute li’l tykes and explosions and a car chase in a bright pink pastry truck and a bungling FBI agent.

Oh, and there was some plot to destroy humanity with a virus by some lady with way-too-perfect hair and a bunch of hack villains, like the skinny Japanese chick who could overpower just about anybody, even though she probably only weighs 98 pounds soaking wet and I could take her in a fight. Seriously, they couldn’t have gotten a Japanese girl who at least looked like she’d studied some martial arts? Anyway, she sucked. Especially when she came at people with a knife, because who holds a knife like that? Jesus. Oh, there was a cute bit where L and the two li’l tykes were riding bicycles, and if there’s anything cuter than L riding a bicycle with one li’l tyke in a basket on the front and the other li’l tyke riding a second bike, it probably involves little tiny dogs in bumblebee costumes.

And the ending did make me sniffle a little, when L walks off over a bridge and says something about wanting to stay in this world a little bit longer … and he’s only got one day to live, I hate you so much, stupid Light Yagami!
But that was it. The plot was lame, the acting was horrible. (Except for my boy Kenichi-dono, who is just the best L ever and I love him!) There wasn’t even a decent soundtrack, like the way the Death Note flicks got the Red Hot Chili Peppers to give them some music.
So don’t be fooled by Kenichi Matsuyama’s overwhelming prettiness. It’s just not worth it. Unless you’re a completist, I guess, and then it’s still not really worth it.

DEATH NOTE WALLPAPER. An image of Ryukku from a Death Note movie.

1680x1050
1080p • Death Note • HD • Anime • Manga
24
How to use the wallpaper on your desktop : 1. Click the image above, it will open at full size. 2. Right click on the full size image and choose Set as wallpaper. This page contains some thumbnail links to other images and desktop wallpapers that may be of interest.