Shin Hwa School is a school for rich people, attended by Goo Jun-pyo, the heir of the global corporation Shin Hwa Group, Yun Ji-hu, So Yi-jeong, and Song Woo-bin which form a gang called F4. Jun-pyo who is the leader of F4 is also the main ruffian.

Geum Jan-di, who is not from rich family, comes to Shin Hwa School and accidentally gets into troubles with Jun-pyo after rescuing a victim of Jun-pyo's bullying, Lee Min-ha. Almost every time Jan-di is bullied, she is helped by Ji-hu, who appears to be innocent but never stops his best friend Jun-pyo from bad actions.
Getting impatient with Jun-pyo's annoying deeds, Jan-di kicks Jun-pyo in front of his friends. Suddenly, Jun-pyo falls in love with Jan-di who dares to fight him. 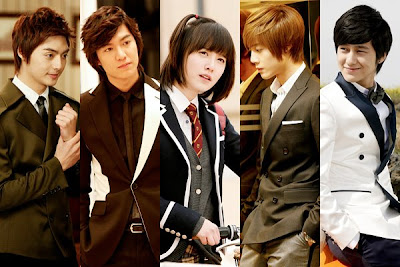 Due to public demand, KBS added after stories about the F4 members 5 years after the series. The F4 members receive a text message saying to meet up. Yi Jeong, Woo Bin, and Jun Pyo have gathered in the F4 private classroom. Their desks have since been covered with white cloths.

Episode 1 is So Yi Jeong's Story entitled Love Me... Violet Nostalgia (내게 사랑은... 보랏빛 그리움) In this episode Yi Jeong discovers a basket of flowers outside on a bench. He begins to have flashbacks to times he spent with Ga Eul. In the classroom, he wraps some of them up into a bouquet, snaps some polaroids with them and attaches the photos to the bouquet. More flashbacks of Ga Eul come to mind as he heads outside. Yi Jeong arrives at a door. It seems as if no one answers and he's a little disappointed. A female voice calls out to him, "Sunbae, I'm a little late, right?" He smiles, holds out the flower bouquet and asks, "Ga Eul, will you be my flower forever?" The background song is "I'm Going to Meet Her Now" by the actor himself, Kim Bum. 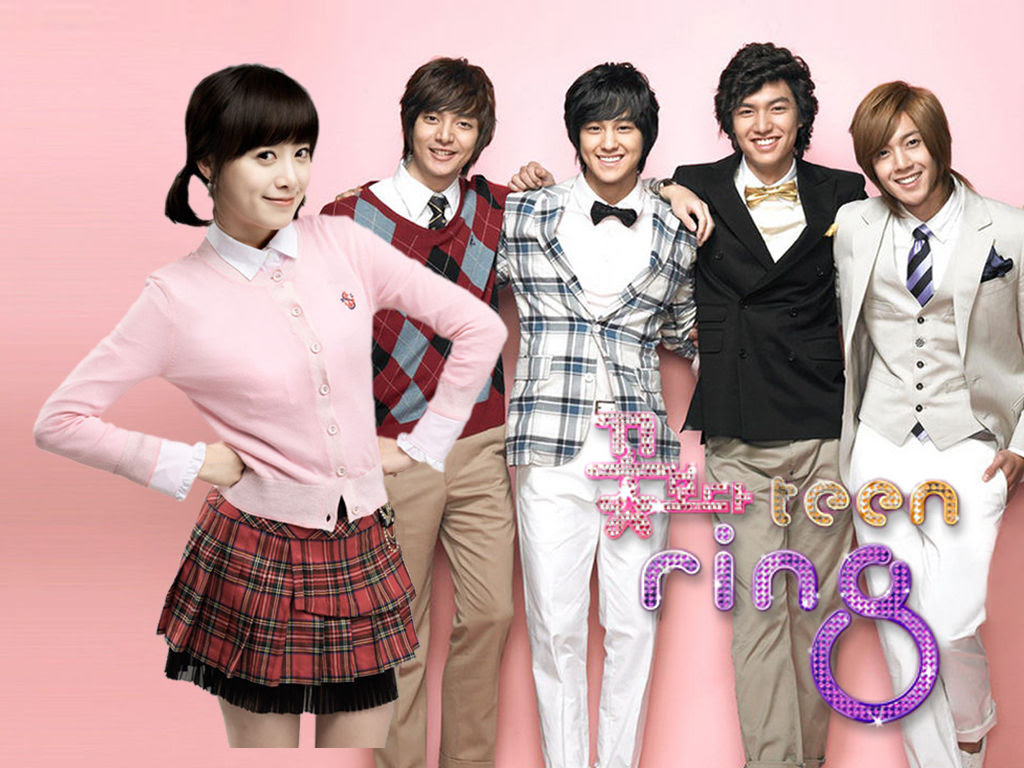 Episode 2 is Song Woo Bin's Story entitled Love... Friendship... (사랑도... 우정도...) In this episode we see a frustrated Woo Bin confronting a girl. He asks her for a reason, and she responds that she's tired. He throws the flowers to the ground. In the classroom, as Yi Jeong and Jun Pyo are playing a game of Jenga, he knocks down the tower and leaves angrily. Outside, he reminisces about the great times he's had with the rest of F4. Later he goes back inside and sits at his desk looking at a picture of F4 when they were little kids. Jun Pyo and Yi Jeong surprise him with a birthday cake. The background song is "To Empty Out" by the actor himself, Kim Joon. 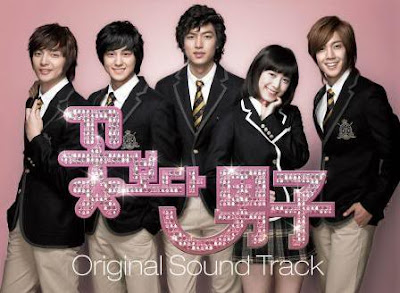 Episode 3 is Yoon Ji Hoo's Story entitled I, Sometimes (사랑, 때때로) In this episode there are flashback scenes of Ji Hoo's love of Jan Di, revolving around the scene where he confesses his love for her and she falls asleep. Ji Hoo is missing when the F4 had the meeting in their classroom, but was in the introduction scene where they receive the text message to meet up. The background song is "Sometime" by the actor himself, Kim Hyun Joong.

Episode 4 is Gu Jun Pyo's Story entitled Love. So Long As It's That (사랑. 그후로도 오랫동안) In this episode Jun Pyo sneaks inside the ShinHwa University kitchen, where, after remembering the cookies that Jan Di made with his face on them, decides to bake cookies with Jan Di faces for her. Woo Bin spots him in the middle of the process, and Jun Pyo, wearing a frilly apron, shoos Woo Bin out. The background song is "My Everything" by the actor himself, Lee Min Ho.

Jan Di is the headstrong daughter of a dry cleaner. While on a delivery run to Shinhwa High School, she saves a bullied student from committing suicide. Jan Di is offered a scholarship to attend the prestigious school, and ends up getting on the bad side of Gu Jun Pyo. 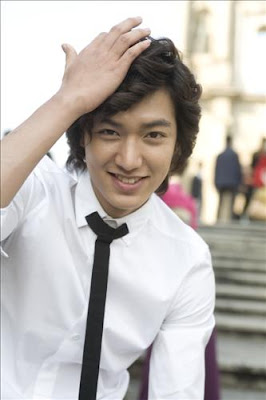 Jun Pyo is the leader of F4 (the most popular guy at Shinhwa High) and heir to the Shinhwa conglomerate. He torments Jan Di after she stands up to his bullying ways, but ends up falling for her instead. 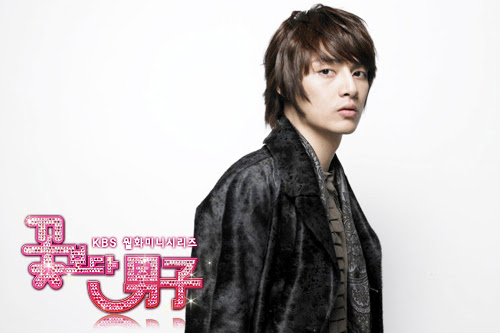 Woo Bin is F4's other playboy. His family runs a large construction company and has important connections to an underground organization, hinted to be the mafia.

Jan Di's best friend and works with her at the porridge shop. She eventually falls for So Yi Jung. 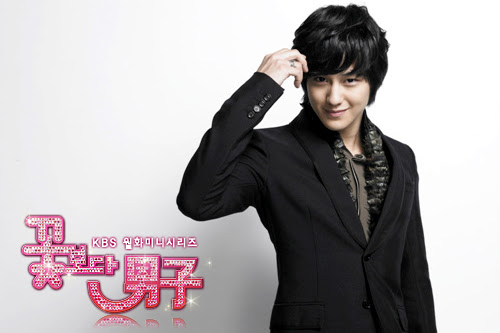 Kim Bum as So Yi Jung:

Yi Jeong is known as F4's Casanova. He is a skilled potter and his family owns the country's biggest art museum. He eventually changed his Casanova ways as he realized that he is in love with Chu Ga Eul ( Kim So Eun , Jan Di's best friend )

Ji Hoo is a member of F4 and grandson of the Korean ex-president. His musical talent catches Jan Di's attention and she begins to develop feelings for him.


boys before flowers movie
Posted by sella ashfaq at 10:59 AM