Conan the Barbarian (also known as Conan the Cimmerian, from the name of the character's homeland, Cimmeria) is a fictional character. He is a hero, a well known and iconic figure in American fantasy, and the most famous barbarian in fiction.

Conan is often associated with the fantasy subgenre of sword and sorcery and heroic fantasy. He was created by writer Robert E. Howard in 1932 via a series of fantasy stories sold to Weird Tales magazine. The character has since appeared in licensed books, comics, films, television programs, video games, roleplaying games, and even a board game, all of which contribute to the hero's long-standing popularity.Conan the

Barbarian is also the title of a Gnome Press collection of stories published in 1954, a comic published by Marvel Comics beginning in 1970, and a film and its novelization in 1982.

Conan the Barbarian was created by Robert E. Howard and was the spiritual successor to an earlier character, Kull of Atlantis. For months, Howard had been in search of a new character to market to the burgeoning pulp outlets of the early 1930s. In October 1931, Howard submitted a short story titled "People of the Dark" to Clayton Publications' new magazine, Strange Tales of Mystery and Terror (June 1932). "People of the Dark" is a remembrance story of "past lives", and in its first-person narrative the protagonist describes one of his previous incarnations: Conan, a black-haired barbarian hero who swears by a deity called Crom. Some Howard scholars believe this Conan to be a forerunner of the more famous character. 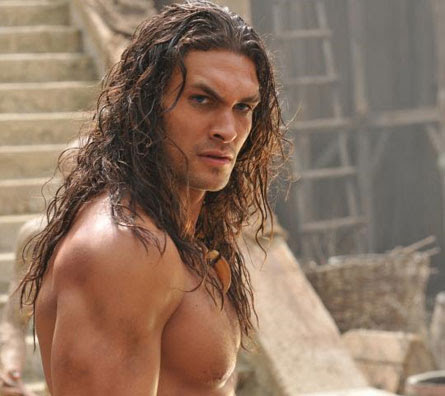 In February 1932, Howard vacationed at a border town on the lower Rio Grande to enjoy the local culture. During this trip, he further conceived the character of Conan and also wrote the poem "Cimmeria", much of which echoes specific passages in Plutarch's Lives. According to some scholars, there is a strong likelihood that Howard's conception of Conan and the Hyborian Age originated in Thomas Bulfinch's The Outline of Mythology (1913) which inspired Howard to "coalesce into a coherent whole his literary aspirations and the strong physical, autobiographical elements underlying the creation of Conan."

Having digested these prior influences after he returned from his trip, Howard rewrote the rejected Kull story "By This Axe I Rule!" (May 1929) with his new hero in mind, re-titling it "The Phoenix on the Sword". Howard also wrote "The Frost Giant's Daughter", inspired by the Greek myth of Daphne, and submitted both stories to Weird Tales magazine. Although "The Frost-Giant's Daughter" was rejected, the magazine accepted "The Phoenix on the Sword" after it received the requested polishing. 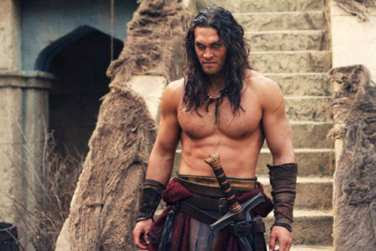 "The Phoenix on the Sword" appeared in Weird Tales in December 1932, thus marking Conan's first appearance in print. Weird Tales would become famous for its unique stable of notable authors, including H. P. Lovecraft, Clark Ashton Smith, Tennessee Williams, Robert Bloch, Seabury Quinn and others. The acceptance of "The Phoenix on the Sword" by editor Farnsworth Wright prompted Howard to write an 8,000 word essay for personal use detailing "the Hyborian Age," the fictional setting for Conan. Using this essay as his guideline, Howard began plotting "The Tower of the Elephant", a new Conan story that would be the first to truly integrate his new conception of the Hyborian world, and thus to introduce the setting to the reader.

The publication and success of "The Tower of the Elephant" would spur Howard to write many more Conan stories for Weird Tales. By the time of Howard's suicide in 1936, he had written twenty-one complete tales, seventeen of which had been published, as well as a number of unfinished fragments.

Following Howard's death, the copyright of the Conan stories passed through several hands. Eventually, under the guidance of L. Sprague de Camp and Lin Carter, the stories were expurgated, revised and sometimes rewritten. For roughly forty years, the original versions of Howard's Conan stories remained out of print. Only with the Berkley editions in 1977 was an attempt made to return to the earliest published (Weird Tales) form of the texts, but these failed to displace the edited versions. In the 1980s and 1990s, the copyright holders of the Conan franchise permitted Howard's stories to go out of print entirely, while continuing to sell Conan works by other authors.

In 2000, the British publisher Gollancz Science Fiction issued a two-volume, complete edition of Howard's Conan stories as part of their Fantasy Masterworks imprint, including several stories which had never seen print in their original form. The Gollancz edition mostly used the versions of the stories as published in Weird Tales.

conan the barbarian movie
Posted by sella ashfaq at 10:39 AM