Twilight (stylized as twilight) is a 2008 American romantic vampire film based on Stephenie Meyer's popular novel of the same name. Directed by Catherine Hardwicke, the film stars Kristen Stewart and Robert Pattinson. It is the first film in The Twilight Saga film series. This film focuses on the development of the relationship between Bella Swan (a teenage girl) and Edward Cullen (a vampire), and the subsequent efforts of Cullen and his family to keep Swan safe from a coven of evil vampires. 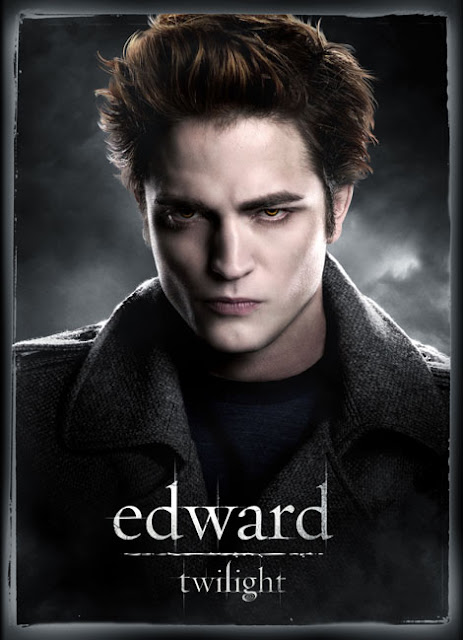 The project was in development for approximately three years at Paramount Pictures, during which time a screen adaptation that differed significantly from the novel was written. Summit Entertainment acquired the rights to the novel after three years of the project's stagnant development.

Melissa Rosenberg wrote a new adaptation of the novel shortly before the 2007–2008 Writers Guild of America strike and sought to be faithful to the novel's storyline. Principal photography took 44 days, and completed on May 2, 2008; the film was primarily shot in Oregon.

Plot
Seventeen-year-old Isabella "Bella" Swan moves to Forks, a small town near the Washington coast, to live with her father, Charlie, after her mother remarries to a minor league baseball player. She is quickly befriended by many students at her new high school, but she is intrigued by the mysterious and aloof Cullen siblings. Bella sits next to Edward Cullen in biology class on her first day of school; he appears to be disgusted by her, much to Bella's confusion.

A few days later, Bella is nearly struck by a van in the school parking lot. Edward inexplicably moves from several feet away and stops the vehicle with his hand without any harm to himself or Bella. He later refuses to explain this act to Bella and warns her against befriending him. 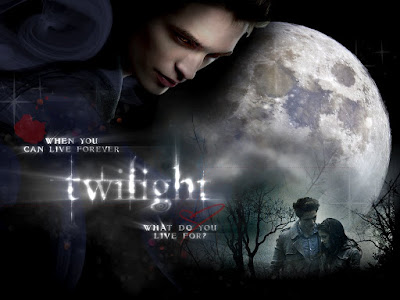 After much research, Bella eventually discovers that Edward is a vampire, though he only consumes animal blood. The pair fall in love and Edward introduces Bella to his vampire family, Carlisle, Esme, Alice, Jasper, Emmett, and Rosalie. Soon after, three nomadic vampires—James, Victoria, and Laurent—arrive. James, a tracker vampire, is intrigued by Edward's protectiveness over a human and wants to hunt Bella for sport. Edward and his family risk their lives to protect her, but James tracks Bella to Phoenix where she is hiding and lures her into a trap by claiming he is holding her mother hostage. James attacks Bella and bites her wrist, but Edward, along with the other Cullen family members, arrives before he can kill her. James is destroyed, and Edward sucks James's venom from Bella's wrist, preventing her from becoming a vampire. A severely injured Bella is taken to a hospital. Upon returning to Forks, Bella and Edward attend their school prom. While there, Bella expresses her desire to become a vampire, which Edward refuses. The film ends with Victoria secretly watching the pair dancing, plotting revenge for her lover James' murd