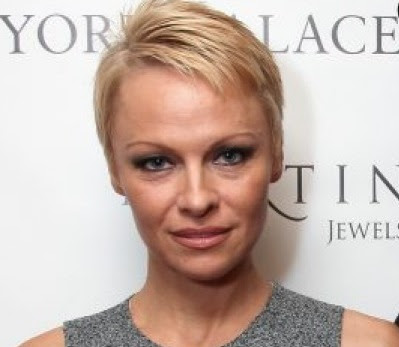 She was chosen as a Playmate of the Month for Playboy magazine in February 1990. For a time, she was known as Pamela Anderson Lee (or Pamela Lee) after marrying Mötley Crüe drummer Tommy Lee. She holds both United States and Canadian citizenship. 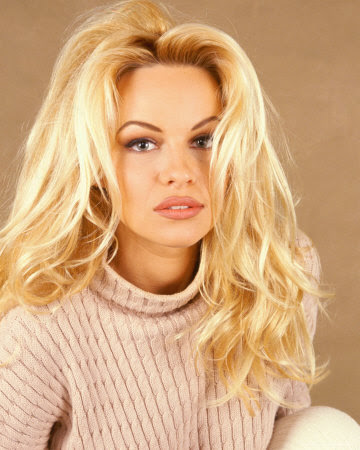 Anderson was born in Ladysmith, British Columbia, the daughter of Barry Anderson, a furnace repairman, and Carol (née Grosco), a waitress.

Her great-grandfather Juho Hyytiäinen was Finnish, a native of Saarijärvi, and left the Grand Duchy of Finland (which was a part of the Russian Empire at the time) in 1908, changing his name to Anderson when he arrived as an immigrant. Anderson also has Russian ancestry on her mother's side.

After graduating from Highland Secondary School in 1985, Anderson moved to Vancouver and worked as a fitness instructor. During the summer of 1989, Anderson went with her friends to a BC Lions game at BC Place, and during the game she was shown on the stadium screen wearing a Labatt's t-shirt, causing the crowd to cheer for the 21-year-old Anderson.

She was taken down to the field to receive an ovation from the crowd. Photographer and boyfriend Dan Ilicic produced the Blue Zone Girl poster on his own.In October 1989 she appeared as the cover girl on Playboy magazine. At this stage in her modelling career, she had decided to live in Los Angeles to further pursue her career ambitions.

She became a centrefold for Playboy when the magazine chose her to be their Playmate of the Month for their February 1990 issue. She then chose to get breast implants. Anderson has since appeared in Playboy several times in the 1990s and 2000s.
Posted by sella ashfaq at 11:45 PM