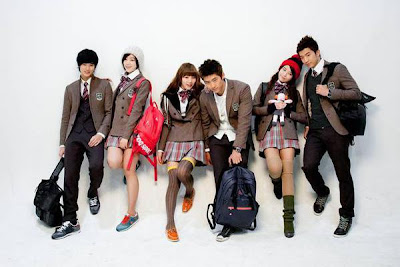 Six students at Kirin Art High School work to achieve their dreams of becoming stars in the Korean music industry. During the drama, the students learn how to develop their singing, songwriting and dancing skills while also undergoing personal growth. Each one of the students have their own strength and their own weaknesses, but with the support and guidance of each other, they strive to debut on stage. 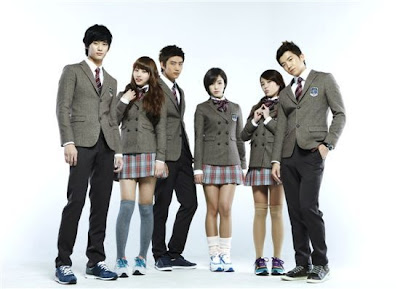 Go Hye Mi is the main character of this drama. Originally from a wealthy family, after her mother's death, her father's business failed and their family fell into debt. She is pursued by debt collector Ma Doo Shik and his men for much of the beginning of the drama. She meets Jin Guk when he saves her from the debt collectors. In the beginning of the story she is portrayed as a cold-hearted girl who humiliates her best friend Yoon Baek Hee in an attempt to save herself from failing an audition to Kirin Arts School. She is eventually accepted to the school as one of the director's special admittance students along with Jin Guk and Sam Dong. As her character develops throughout the story Hye Mi slowly grows into a strong, caring, and forgiving individual. Both Song Sam Dong and Jin Guk are in love with her and she has a hard time choosing between the two. Sam Dong is the one she considers more of a friend with whereas she sympathizes with Jin Guk. In the end, she chooses to be with Sam Dong as he leaves for America to become a singer. 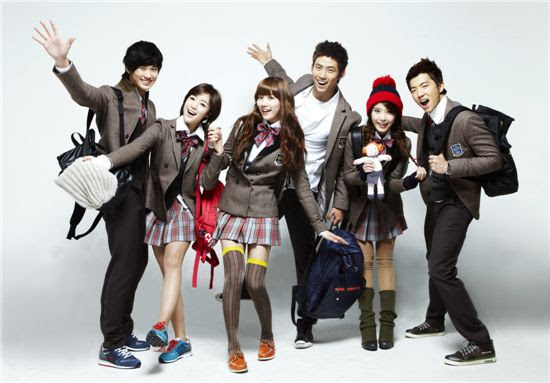 Song Sam Dong is a country boy who follows Hye Mi to Seoul after falling in love with her. He has an exceptional musical aptitude, able to play chords without knowing what chords are, but he is naive and has a hearing problem, which hinders his dream of being a famous artist. Sam Dong defends Hye Mi when her schoolmates turn on her, covering her from thrown eggs and saving her from a dropped flower pot, which hits him instead. Hye Mi gives him a make over where he transforms into a "hottie" and he gets a haircut that resembles Jin Guk's, he eventually cuts it even shorter and adds an earring. He composes the piano part for the showcase, in which he sings "Maybe" with Hye Mi. He eventually becomes a famous singer, stage name "K". 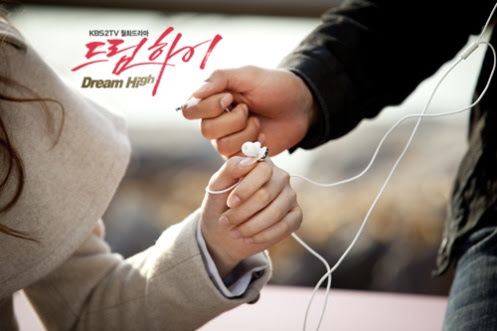 Jin Guk is a childhood friend of Go Hye Mi and he constantly tries to help her. He tries to get Hye Mi to remember their childhood memories. He excels primarily at dancing and rapping. He sings a ballad as his showcase song called "My Valentine". He is in a love triangle with Go Hye Mi and Yoon Baek Hee. After performing with Baek Hee at the music showcase, he debuts with one of Korea's top entertainment agencies as a member of a group called "Group K". After debuting, he realizes that he is in love with Hye Mi and that she is who he wishes to be with. However, Hye Mi is angry at Jin Guk because he made his debut as a solo artist when he promised that he would debut with her on the same stage. Jin Guk is also trying to deal with the fact that his father will not accept Jin Guk for who he is and is trying to force him to study in the United States. In the end Jin Guk realizes that Hye Mi is in love with Sam Dong and lets go of her. He tells her that they will always be best friends. 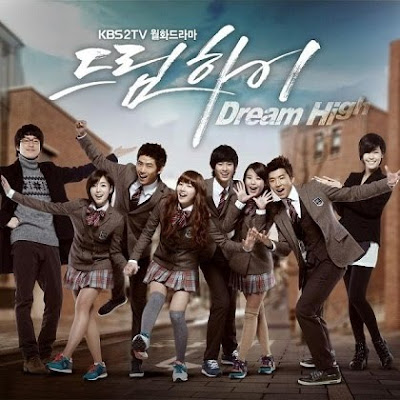 Baek Hee is Hye Mi's best friend and sidekick at their old school, but she is betrayed by Hye Mi during the Kirin School audition. She is devastated by the betrayal and becomes Hye Mi's biggest rival. She is surprised and confused when she discovers that Hye Mi is apologetic for her actions and wants to be friends again. She has a crush on Jin Guk and is jealous of Hye Mi, who holds his attentions. She is accepted into "Group K" along with Jin Guk and Jason after the school showcase. Throughout the drama she has to deal with feelings of being second-fiddle to Hye Mi and to get her mom to accept that she wants to be a singer. She and Hye Mi make up at the end of the show.

Kim Pil Suk first appears as a girl wearing a sushi mascot costume during the auditions. She is a girl with a beautiful voice but is overweight. She has a major crush on Jason, and leaves a lollipop on his locker every day. She eventually confesses to him, but he rejects her, saying that he only likes her as a friend. She vows to lose 30 kilograms in 200 days while, he is away from school. She succeeds, and upon his return Jason becomes attracted to the new, skinnier, Pil Suk. The two then express their feelings for each other after both misunderstand and become jealous. After fighting and bickering with one another, they start to open up to one another. In the eight years later short epilogue, it is implied, by her fatness and holding hands comfortably with Jason, that she is pregnant with their baby.

Jason is an American exchange student who excels mainly in dancing but is also good at singing. He is courteous and has good manners, leading to misunderstandings with Pil Suk, who believes that he does this because he likes her. He originally does not like Pil Suk as much as she likes him but after his debut, their relationship is unclear. After Pil Suk tells him that he appears to have no goals in life, he realizes what his feelings are and he starts working hard so Pil Suk will like him again. He eventually begins to realize he likes Pil Suk. At first he is shy about showing his affection towards Pil Suk, but after becoming jealous he finally admits to loving Pil Suk. He is a member of "Group K" along with Jin Guk and Baek Hee.