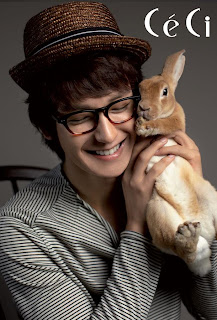 Lim Ju Hwan (born May 18, 1982), a.k.a. Im Ju Hwan (임주환 in Korean, 林周煥 in Hanja; his name denotes woods and all over flame/brilliance), is a South Korean actor and model working in theater, film, and television. Lim plays a leading role of Park Kyu in Tamra The Island (Tamranŭn Tota. Tamra was a name for Jeju Island in the past and was designated as an UNESCO’s World Natural Heritage Site in 2007), a television drama series which aired on MBC (Munhwa Broadcasting Corporation) in 2009. He won the Korean Popular Culture and Art for New Actor of the Year in 2009 for his preeminent performance on the show. Moreover, he also received critical acclaim for a keen and exquisite performance, deeply artistic as well as heart-wrenching, as a blind painter in Episode 10 of Auction House, a TV drama series, which aired on MBC in 2007. Lim made his first professional television debut on Magic, aired on SBS (Seoul Broadcasting Station) in 2004, and made his film debut in A Millionaire’s First Love in 2006. 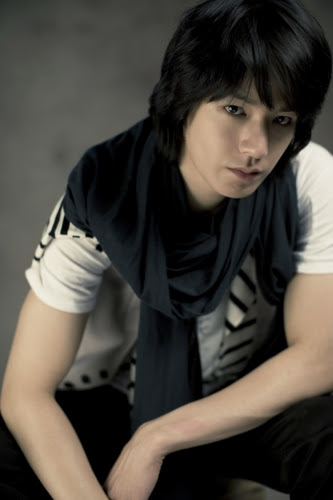 Recently, he has completed shooting a TV drama series, entitled What’s Up, and a film, entitled Suspicious Customers (Susanghan Kogaekdŭl) http://www.customers2011.co.kr, directed by Cho Jin Mo, and the latter was released on April 14, 2011. In the film, Lim plays a supporting role of Yŏng T‘ak, a young, warm-hearted homeless man with Tourette’s syndrome. Song Ji Na, the scriptwriter of Sand Glass, the first TV drama series representing the Kwangju Massacre of 1981, wrote the script of What’s Up, a story of college students specializing in acting and performance in the department of theatre. Lim plays a leading role of Chang Je Hŏn, a college student who knows nothing of musicals and then becomes completely immersed in the captivating world of musicals and performance. Currently, audiences and fans are all eagerly looking forward to having What’s Up air soon.

Lim’s interest in and passion for acting dates back to his days in senior high school where he joined a theater group, called Kwangto, an acronym of Kwangdae Tokkaebi, referring to traditional performers and hobgoblins in Korean. It was not until he started acting that he was into theater at all. This was the budding and defining moment in which his interest soon blossomed into a full-time, lifelong career. He relished the hearty enjoyment of acting on stage, and this moment motivated him to pursue creative artistic endeavors with so much enthusiasm that he watched most of theater performances run in senior high schools, colleges, and theaters in Taehakno, the Broadway of Seoul where theaters are clustered almost one on top of each other. Lim played the role of the pastor in The Good Doctor by Neil Simon and won the prize of best performance in the Fourth Youth Theater Festival in 2000. He also directed the play, Pay Tuition Back, at the school festival. Actor Shin Dong Wook is one of his close friends from the Kwangto, and they still maintain a good friendship which is enhanced by their critically reviewing each other’s performances whenever time allows.Continuing his devotion to theatre after senior high school, Lim specialized in theatre and film for his undergraduate and graduate studies at Daejin University in South Korea.

He started his professional career in modeling at The Men, a modeling and acting agency, after graduating from senior high school. His modeling career has provided him with a solid foundation for acting, allowing him to have a firm grasp of the workings of cameras and shots. More significantly, modeling has offered to him valuable opportunities for practicing walking and body postures and presenting micro-movements of facial expressions and subtleties within the face. Moreover, in the fashion shows, he carries himself briskly, yet gracefully with great poise, displaying his genuine natural beauty in serene poses which bespeak a warm, full heart and open mind. The poses express a fine balance between mobility and immobility of sleek, apparently superficial physicality amazingly and intimately tied to his innate and growing spirituality. Thus, an artfully posed body and deliberately embodied looks are in seamless harmony with the artless exudation of his inner soul that unfolds itself in limited space but reaches infinitely.

In his acting career, Lim displays one of his best performances in Episode 10 of Auction House and Tamra The Island. As in the film Amadeus, the main plot of Auction House is an inherent conflict between a genius painter, Lee Ji Un, played by Lim, and an average painter, Park Min Kŭn, played by Noh Yu Min, both of whom studied painting together at an art institution in New York City. Ji Un, however, lost his eyesight and family as well as all of his past memories in a car accident. During this time, Min Kŭn burnt all of Ji Un’s works and instead emulated them himself behind Ji Un’s back. Min Kŭn’s imitated paintings of Ji Un’s original works are welcomed by art critics, bringing fame and success to him. However, Ji Un had a crush on him, a homosexual infatuation, while they studied in NYC. At last, Ji Un’s loss of memories turned out to be a fake; he pretended to be so as to take revenge on his love object and ultimately to express his long-cherished true feelings toward Min Kŭn. When they see each other at Ji Un’s house, the show reaches a tense climax, where Lim shines brilliantly through his excellent acting. A reviewer comments on it and mentions that Lim’s face is so delicate that his performance is easily likely to be eclipsed by his partner actor. Lim, however, turns this “downward” aspect of his appearance into an upward one, loading his face with a defying force of expression which reflects mixed feelings of affection, aversion, and anger that amplifies an inner tension in the confrontation and renders the show even tighter and keener. Using an analogy acutely germane to Lim’s superb performance, the critic describes Lim’s acting as a kite with a glazed string that looks so tenuous and precarious but can flit and cut an opponent’s string at a kite running competition. Ji Un’s eyes are tearful, but his remark to Min Kŭn is as sharp as the two edges of a sword, “Were you happy with the acclaims for the works you stole?” In an interview, Lim mentions that he was particularly touched by the critic’s comment and immediately got goose bumps as soon as he read it. Lim, however, also modestly expresses his wish, saying that” I wish I could have such a quality nestled inside me.” In this way, the protagonist’s long-accumulated wrath from unrequited love and deep-seated resentment simmer below the surface, so that Lim pushes the tight tension of the scene to the limit. In short, the combination of the pathos and representation of sensory tactile inputs, all of which is organically organized and intimately interrelated, makes Lim’s acting incomparably and unblinkingly sparkle amid the murky abyss of the loss of eyesight and the inner strife of the soul that shapes the psychological depth and intensity of performance.

Set in Jeju, Haenam in South Chŏlla Province, and Seoul, Tamra The Island is a hybrid form of TV drama series that combines romantic comedy and the historical past; it deals with the subject of communication between the self and the Other, or, oneself and Westerners in terms of race, class, gender, civilization and locality in 17th century Chosŏn. The original story of the show is based on a comic book with the same title, written by Jeong Hye Na. The leitmotif of the book is taken from a historical figure, Hendrik Hamel, who was a bookkeeper with the Dutch East India Company (the VOC,Vereenigde Oost-Indische Compagnie, in Dutch) and found adrift in Jeju while heading to Japan. Historically, Hamel is considered the first Westerner who lived in Chosŏn Korea and wrote about it. The show begins with Park Kyu, the male protagonist, played by Lim, arriving on the island, allegedly banished from Seoul on a charge of sexual harassment of women,but in fact, he is a secret royal commissioner dispatched from the court in order to detect embezzlement. Park Kyu comes to live with Jang Beo Jin, played by Seo Woo, the female protagonist, and her family in their house. Beo Jin is a tomboy who hates diving to pickseaweed and ear shells, an emblem of Jeju women’s irresistible destiny and tough livelihood. One day, she discovers and saves two castaways on the shore of the sea, William, a young nobleman from England, played by Pierre Deporte and Yan, a Dutch merchant living in Japan from the VOC, played by Lee Sun Ho. Yan’s ethnic origin is Chosŏn; Yan’s ancestor was a potter who was forced to move to Japan. At first glance, the show centers around a love triangle between Kyu, Beo Jin, and William, together with local people and the central government’s reaction to the Westerner and their treatment, resulting in racial and cultural contacts on both the “strangers and native people” sides. The show, however, also portrays the hard lives of commoners who are exploited by both a local high priest, who owns and trains militia for his interest and that of the central government, and the local government, as well as the commoners’ resistance to the relentless restrictions of the social reality of the Chosŏn. In addition, the rise of commerce and political aspirations for reform of society during the mid-late Chosŏn period are another major theme of the show.
Posted by sella ashfaq at 9:38 PM