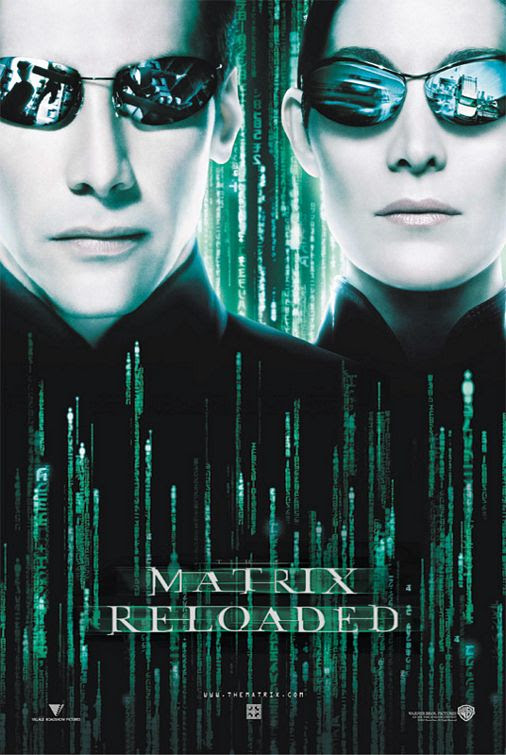 The Matrix is a 1999 science fiction-action film written and directed by Larry and Andy Wachowski, starring Keanu Reeves, Laurence Fishburne, Carrie-Anne Moss, Joe Pantoliano, and Hugo Weaving. It was first released in North America on March 31, 1999, and in Australia on April 8, 1999, and is the first installment in the Matrix series of films, comic books, video games, and animation. 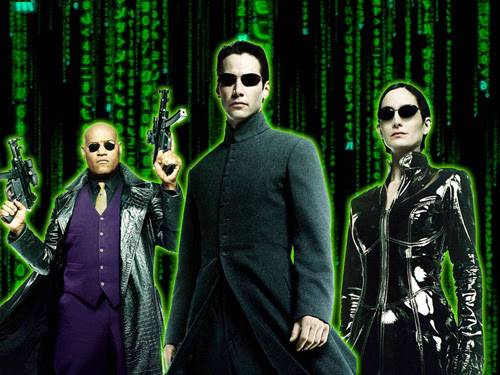 The film depicts a future in which reality as perceived by most humans is actually a simulated reality created by sentient machines to pacify and subdue the human population, while their bodies' heat and electrical activity are used as an energy source. Upon learning this, computer programmer "Neo" is drawn into a rebellion against the machines, involving other people who have been freed from the "dream world" and into reality. 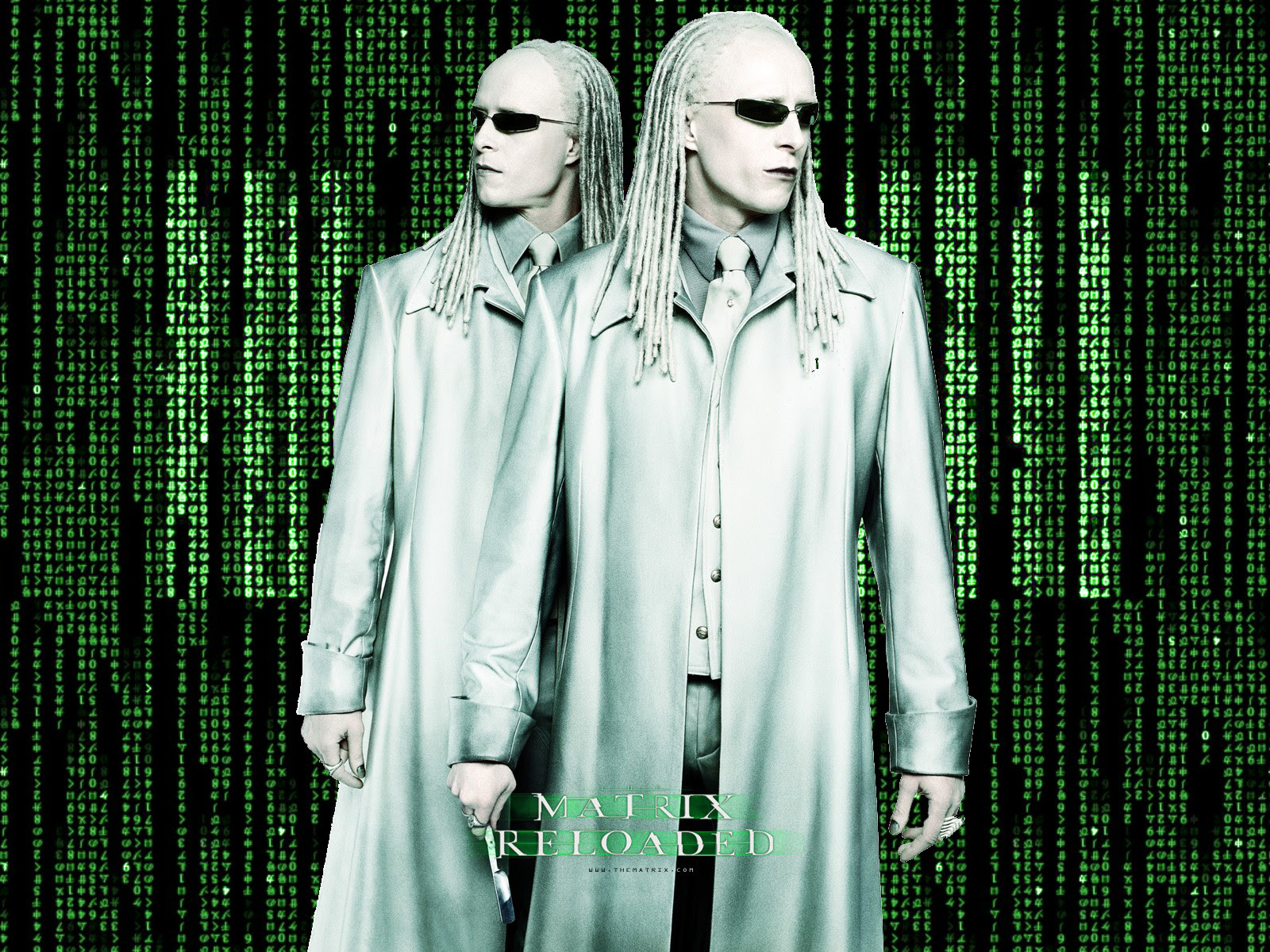 The film contains many references to the cyberpunk and hacker subcultures; philosophical and religious ideas such as René Descartes' evil genius, the Allegory of the Cave, the brain in a vat thought experiment; and homages to Alice's Adventures in Wonderland, Hong Kong action cinema, spaghetti westerns, dystopian fiction, and Japanese animation. 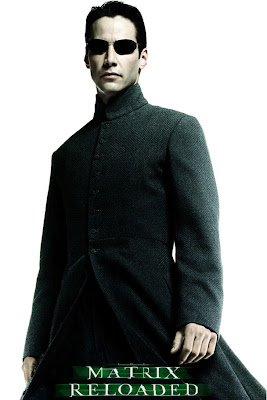 Computer programmer Thomas A. Anderson (Keanu Reeves) is secretly a hacker known by the alias "Neo." He is restless, and driven to learn the meaning of cryptic references to "the Matrix" appearing on his computer. An infamous female hacker called Trinity (Carrie-Anne Moss) confirms that a man named Morpheus (Laurence Fishburne) knows the answers he seeks; however, three sinister Agents, led by Agent Smith (Hugo Weaving), arrest Neo and attempt to discourage him from contacting Morpheus. Undeterred, Neo attends a secret meeting with Morpheus, who offers him a choice of two pills: A blue one that would allow him to continue ordinary life in the Matrix, and a red pill that would allow him to learn the truth about the Matrix. Neo swallows the red pill, and he abruptly finds himself in a liquid-filled pod, his body connected by tubes and cables to a vast mechanical tower covered with identical pods. The connections are severed, and he is rescued by Morpheus and taken aboard his ship, the Nebuchadnezzar. Neo's atrophied physical body is restored, and Morpheus explains the situation.

Morpheus tells Neo that it is not 1999, but closer to 2199, and that humanity is fighting a war against intelligent machines created in the early 21st century. The sky is covered by thick black clouds created by the humans in an attempt to cut off the machines' supply of solar power. The machines responded by using human beings as their energy source in conjunction with nuclear fusion, later growing countless people in pods and harvesting their bioelectrical energy and body heat. The world in which Neo grew up was actually the Matrix, a simulated reality of the world set in 1999, developed by the machines in order to keep the human captives docile. Morpheus and his crew belong to a group of free humans who "unplug" others from the Matrix and recruit them to their resistance against the machines. They are able to use their understanding of the Matrix's nature to bend the simulation's laws of physics, giving them superhuman abilities within the virtual world. Morpheus believes that Neo is "the One," a man prophesied to end the war through his limitless control over the Matrix. 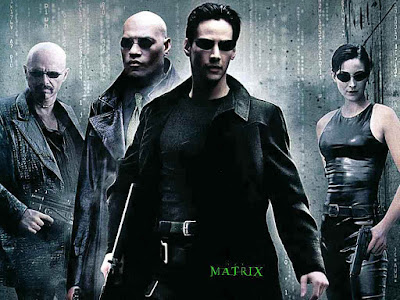 Neo is trained as a member of the rebellion. A socket in Neo's skull, formerly used by the machines to connect him to the Matrix, allows knowledge to be uploaded directly into his mind. In this way, he is able to quickly learn numerous martial arts styles, and impresses the crew with his speed when sparring in the rebels' virtual reality "construct" environment. Further training introduces Neo to the key dangers in the Matrix itself. He learns that fatal injuries suffered within the simulation will also kill one's physical body in the real world. He is warned that the Agents he previously met are powerful sentient computer programs with the ability to possess the virtual body of anyone still directly connected to the Matrix, whose purpose is to seek out and eliminate any threats to the simulation. Morpheus is confident that once Neo fully understands his own abilities as "the One", the Agents will be no match for him.

The group enters the Matrix and takes Neo to meet the Oracle (Gloria Foster), the woman who has predicted the eventual emergence of the One. From her comments, Neo assumes that he is not the One. The Oracle adds that Morpheus believes in Neo so blindly that he will sacrifice his life to save him.

Returning to the hacked telephone line which serves as a safe "exit" from the Matrix, the group is surrounded by Agents and SWAT teams. One of the members of the group, Mouse (Matt Doran), is killed in the initial ambush. Morpheus allows himself to be captured so that Neo and the others can escape. They learn that they were betrayed by their fellow crew-member Cypher (Joe Pantoliano), who preferred his old life in the Matrix over the real world, and who had made a deal to have himself reinserted into the Matrix in exchange for giving them Morpheus. Cypher is killed, but his betrayal leads to the deaths of all crew-members except Neo, Trinity, Tank (Marcus Chong), and Morpheus.

Morpheus is held in a government building in the Matrix. The Agents try to coerce him into revealing the access codes to the mainframe of Zion, the humans' subterranean refuge in the real world. Neo and Trinity storm the building to rescue their leader. Neo becomes more confident in his ability to manipulate the Matrix, ultimately dodging bullets fired at him. Escaping to a subway station, Morpheus and Trinity use a payphone to exit the Matrix, but before Neo can leave he is ambushed by Agent Smith. Neo stands his ground and eventually causes Smith to be run over by a subway train, but flees when the Agent possesses another body. 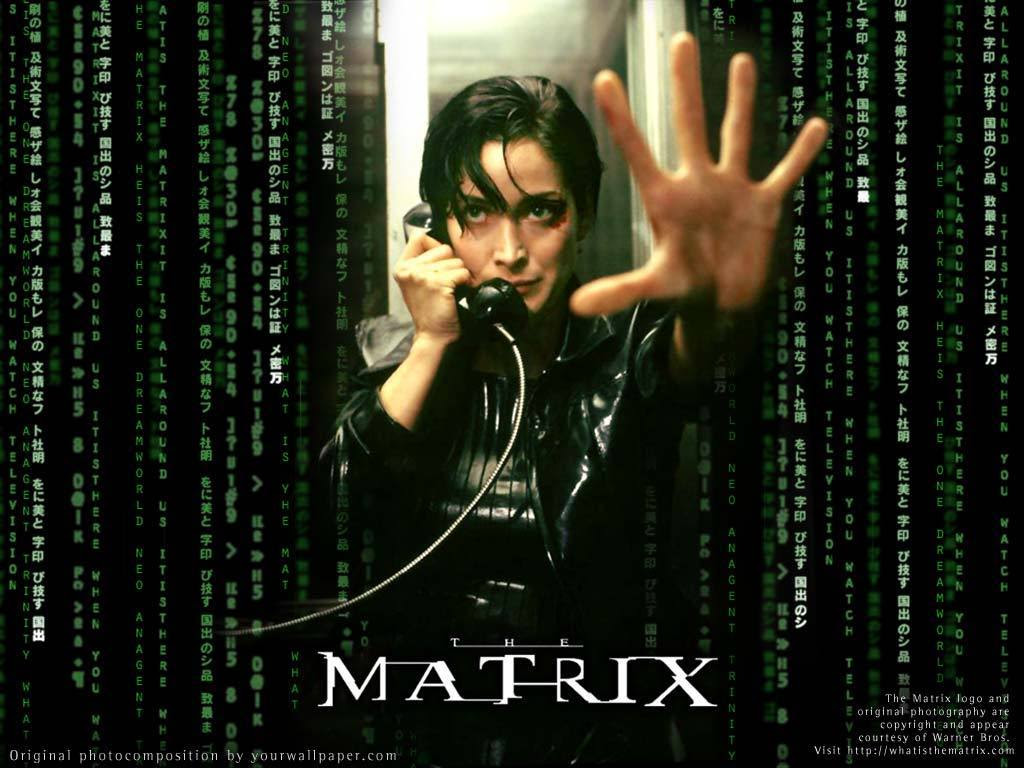 As Neo runs through the city toward another telephone exit, he is pursued by the Agents while "sentinel" machines converge on the Nebuchadnezzar in the real world. Neo reaches an exit, but Agent Smith is already waiting and shoots him. In the real world, Trinity whispers to Neo what the Oracle had told her: that she would fall in love with "the One." She refuses to accept his death and kisses him. Neo's heart beats again, and within the Matrix, he revives; the Agents shoot at him, but he raises his palm and the bullets stop in mid-air. Neo is now able to perceive the streaming lines of green computer code that constitute the Matrix. Agent Smith makes a final attempt to kill him, but his punches are effortlessly blocked, and Neo destroys him. The other two Agents flee, and Neo returns to the real world in time for the ship's EMP weapon to destroy the sentinels that had already breached the craft's hull.

A short epilogue shows Neo back in the Matrix, making a telephone call promising that he will demonstrate to the people imprisoned in the Matrix that "anything is possible." He hangs up the phone and then flies into the sky.