Korinna Moon Bloodgood (born September 20, 1975) is an American actress and model. She starred as "Lt. Blair Williams" in the film Terminator Salvation alongside Christian Bale and Sam Worthington. Bloodgood previously starred in the films Eight Below and Pathfinder.

Bloodgood was born in Anaheim, California. Her father, Shell Bloodgood, is an American of Dutch and Irish descent, and her mother, Sang Cha, is South Korean.Her father was stationed in Korea when he met her mother. 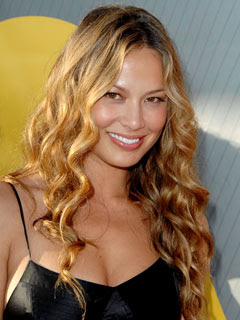 In Day Break (2006–2007), she portrayed Rita Shelten, the girlfriend of a detective who is framed for murder and arrested in the span of a day but continually finds himself reliving that same day. In 2007, Bloodgood starred as Livia Beale in the American science-fiction television series Journeyman on NBC

She had a role in the movie Street Fighter: The Legend of Chun-Li, which opened in February 2009. 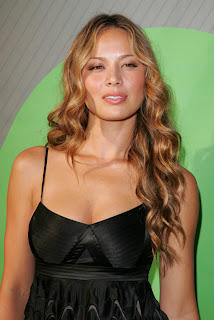 She starred as Blair Williams in Terminator Salvation, the fourth film in the Terminator series and reprised her role in the video game and the prequel series of short film Terminator Salvation: The Machinima Series.
In the Spring of 2009 she joined the third season of the show Burn Notice in a recurring role as Detective Michelle Paxson.

She also voice acts the role of Uriel the Archangel in the video game Darksiders.
Posted by sella ashfaq at 4:06 PM