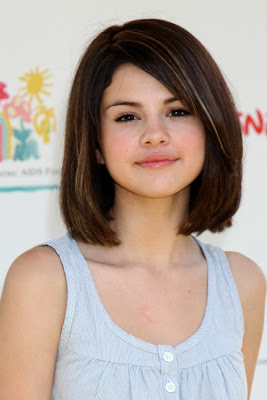 Selena Marie Gomez (born July 22, 1992) is an American actress, singer, and entrepreneur, best known for portraying Alex Russo in the Emmy Award-winning Disney Channel television series Wizards of Waverly Place. She subsequently ventured into feature films and has starred in the television movies Another Cinderella Story, Wizards of Waverly Place: The Movie, and Princess Protection Program. She made her starring theatrical film debut in Ramona and Beezus.

Her career has expanded into the music industry; Gomez is the lead singer and founder of the pop band Selena Gomez & the Scene, which has released two RIAA Gold certified studio albums, Kiss & Tell and A Year Without Rain and spawned two RIAA Platinum certified singles, "Naturally" and "Who Says". As of April 2011, The band has sold 1,354,000 albums in the United States. Gomez has also contributed to the soundtracks of Tinker Bell, Another Cinderella Story and Wizards of Waverly Place after signing a record deal with Hollywood Records. In 2008, Gomez was designated a UNICEF Goodwill Ambassador.

Gomez was born in Grand Prairie, Texas. She is the daughter of former stage actress Mandy Teefey (née Cornett) and Ricardo Joel Gomez. Her father is Mexican American and her mother is of Italian descent. Regarding her Hispanic heritage, Gomez said: "My family does have Quinceañeras, and we go to the communion church. We do everything that's Catholic, but we don't really have anything traditional except [that we] go to the park and have barbeques on Sundays after church." Her birth parents divorced when she was five years old, and she was raised as an only child by her working mother. In 2006, Mandy remarried Brian Teefey. She is named after Tejano singer Selena. In a 2009 interview with People, Gomez mentioned that she developed an early interest in acting from watching her mother prepare for and act in theater productions. She earned a high school diploma through homeschooling in May 2010.

In 2004, Gomez was discovered by the Disney Channel in a nationwide scouting. Gomez appeared as a guest star on The Suite Life of Zack & Cody and had a guest appearance – that later turned into a recurring role – on Hannah Montana from seasons two to three. Gomez previously taped two different pilots that were spin-offs to two previous Disney series. The first one, What's Stevie Thinking?, was the spin-off to Lizzie McGuire. Gomez played Stevie Sanchez, Miranda Sanchez's little sister. The other show was titled Arwin!, the spin-off to The Suite Life of Zack & Cody, in which she played Alexa. Neither series was picked up.

In early 2007 Gomez was cast in the Disney Channel series Wizards of Waverly Place as one of the three main characters, Alex Russo. The show premiered to an audience of 5.9 million, becoming a hit. Many news outlets began dubbing Gomez the next 'Miley Cyrus' causing some controversy and a reported 'feud'. Gomez clarified that there was no feud and that she was flattered by the comparison, saying: "It's a little overwhelming, but I think really, it's a compliment. She's obviously extremely successful, and I think she's a wonderful performer ... So being compared to her, I was very, very flattered." 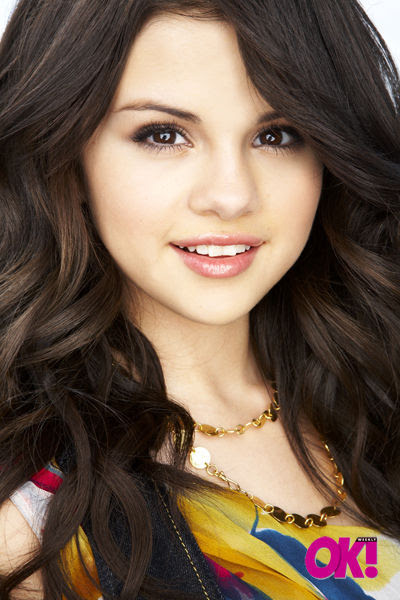 In 2008, Gomez appeared in Another Cinderella Story, the direct-to-DVD sequel to the 2004 Hilary Duff film, opposite Drew Seeley. She also had a minor voiceover role as one the Mayor's ninety-six daughters in Horton Hears a Who! which released in March of that year. In April, Lacey Rose, of Forbes ranked Gomez as being fifth on their "Eight Hot Kid Stars To Watch" list; and Rose described Gomez as having been "a multitalented teen".

In June 2009, Gomez did a guest appearance as herself in one episode of best friend Demi Lovato's Disney Channel television show, Sonny with a Chance, entitled "Battle of The Network Stars". That same month Gomez appeared alongside Lovato in the made-for-television Disney Channel movie, Princess Protection Program. The telecast garnered 8.5 million viewers becoming, at the time, the third most watched Disney Channel Original Movie. One month later, Gomez, along with two cast members of Wizards of Waverly Place appeared in a television three-way cross-over episode with Hannah Montana and The Suite Life on Deck, entitled Wizards on Deck with Hannah Montana. On August 28, two month after appearing in Princess Protection Program, Gomez appeared in Wizards of Waverly Place: The Movie, a made-for-television film based on the show. The film premiered to an audience of 11.4 million viewers becoming cable's No. 1 scripted telecast of 2009 and Disney Channel's second most-viewed film premiere after High School Musical 2. In February 2009, Gomez signed on to star as one of the two female leads in Ramona and Beezus, a film adaption of the children's novel series by Beverly Cleary. Gomez stated that she felt no pressure in taking more adult roles: "I think I’m fully aware of my audience and I’m still just a kid myself. I wouldn’t do a role I don’t feel comfortable doing or that my audience wouldn’t feel comfortable seeing."

Gomez's first theatrical film Ramona & Beezus premiered on July 23, 2010 and met with generally positive reviews. In March 2010, Variety reported that Gomez was set to star as one of the three lead roles in Monte Carlo, alongside Leighton Meester and Katie Cassidy. In the film Gomez plays Grace, a girl who’s “mistaken for a socialite while on a trip to Paris.” To prepare for the role Gomez learned how to play polo and also took two weeks of vocal training to learn two different British accents. The same year Gomez confirmed that the fourth season of her hit Disney Channel show, Wizards of Waverly Place, would be its last.

In February 2011, Deadline.com reported that Universal Pictures and Strike Entertainment had acquired the novel Thirteen Reasons Why by Jay Asher with Gomez attached to the lead. That same month TV Guide reported that Gomez would make a cameo in the upcoming Muppets film. Production for the final season of Wizards of Waverly Place came to a wrap on May 14, 2011. Gomez co-hosted the 2011 MuchMusic Video Awards on June 19.
Posted by sella ashfaq at 10:27 AM