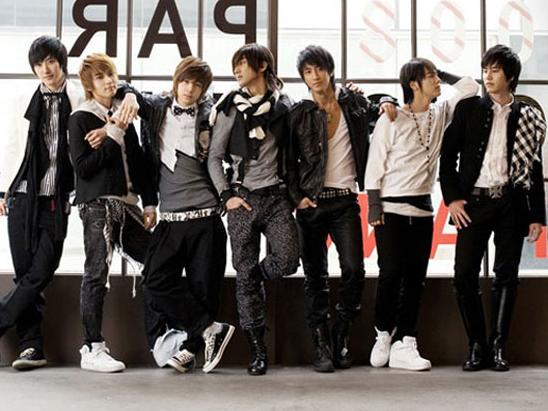 Super Junior-M, often referred to as SJ-M, is the third official sub-unit of Korean boy band Super Junior. They are the first international music group in the Chinese music industry to have members of both Chinese and Korean descent,and are also the first group produced by Korea's CT (Culture Technology) organization, created through a comprehensive localization strategy. Super Junior-M made their debut in 2008, with five Super Junior members: Han Geng, Siwon, Donghae, Ryeowook and Kyuhyun as well as two new ethnic Chinese members, Henry and Zhou Mi.

Responding to Super Junior's rising popularity in Mainland China, Super Junior's management, SM Entertainment, decided to compose a new Super Junior sub-unit which focuses on the Chinese market. On October 2, 2007, an official announcement was released to the media, stating the birth of a third Super Junior subgroup that would debut in China in 2008. Super Junior's original member Han Geng, and an SM Taiwanese trainee, Henry, were stated to be the first two of the seven members representing the subgroup.Five months later, a second Super Junior member, Siwon, was mentioned in news articles to be the third member.However, the confirmed list of members were not released to the public until April. 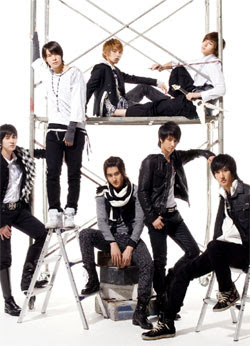 Starting from April 4 to April 7, 2008, the seven members were individually released to the media in a chain of short trailer clips. Han Geng was the first member to be announced on April 4.On April 5, Siwon and Donghae were announced to be the second and third members.On April 6, Kyuhyun was announced to be the fourth Super Junior-M member, following a new member Henry as the fifth.Ryeowook was announced to be the sixth member on April 7 followed by Zhou Mi as the final member.A trailer of all seven members was released on the group's debut day, April 8. Super Junior-M's trailer clips exceeded 1.4 million views in less than four days, garnering interest in both the Chinese and Korean audiences.

Super Junior-M debuted in China on April 8, 2008 at the 8th Annual Music Chart Awards and with the release of their first music video, "U" online.Their debut album was released in various provinces in China starting April 23, 2008 and the Korean version with three bonus Korean tracks was released in South Korea on April 30, 2008.

The album was also distributed in several other Chinese communities on May 2, 2008 such as Hong Kong, Singapore and Taiwan.Reviews for the album were generally positive and it also gained praise from Hong Kong singer, Hins Cheung, who said the album contains "international-level music" and that the group is "vocally-talented".A month after their debut, Super Junior-M won their first award, Asia's Most Popular New Group Award, at the 5th annual Music King Awards in Macau on May 25.

On September 14, 2009, Super Junior-M released the music video for their upcoming comeback single Super Girl which features Girls' Generation's Jessica Jung. They are currently nominated for Best Singing Group at the 21st Golden Melody Awards.Super Junior-M's goal is to bring the Korean pop influence over to the Chinese market, re-representing the hits in Mandarin.Similar to the style of their main group Super Junior, Super Junior-M's music style falls into the category of mainstream pop, dance, and R&B.

Dance pop songs with rock and hip hop influences are easily heard in their music, such as in "Me" and "The Moment", which contains guitar riffs and heavy bass sounds. Rap is not performed as often like the main group, but these influences can be heard in "The Moment" and also the rap remakes in "Don't Don" and "A Man In Love".
Posted by sella ashfaq at 9:39 PM