Anne Hathaway's Catwoman costume in the much-anticipated The Dark Knight Rises will be less like Halle Berry and Michelle Pfeiffer's versions and more like the original comic book, according to a movie insider.
28-year-old Hathaway will play Selina Kyle and her feline alter-ego Catwoman in Christopher Nolan's third, and reportedly last, instalment of Batman currently filming in Pittsburgh.

"Anne's outfit is more tactical, like the comic book, than the previous Batman movies," a source close to the costume design told HollywoodLife.com.

"She will definitely be wearing the goggles and it's going to be less sexy than Halle Berry and Michelle Pfeiffer’s Catwoman costumes. She's going to look more like a robber," adds the insider.
"But fan boys shouldn’t be worried. This costume is going to be form-fitting enough to make Anne look smoking hot." 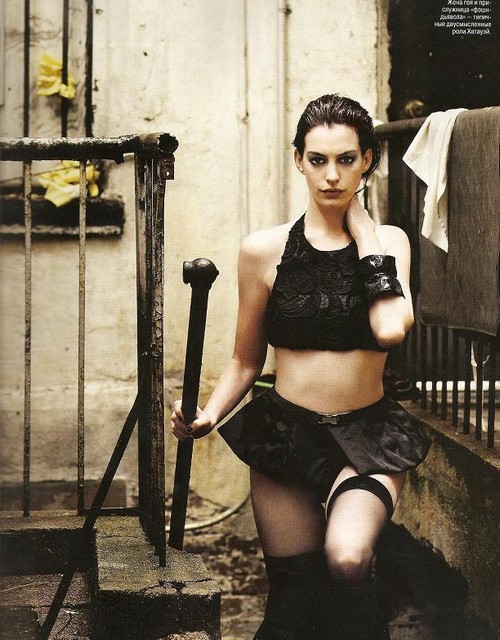 The Devil Wears Prada star has been hard at work in preparation for the role, enduring a five-day workout schedule of rigorous exercise, stunt training and an hour and a half of dance.
"I've always thought that skinny was the goal, but with this job I also have to be strong," the actress explains in Harper's Bazaar July edition.

The Dark Knight Rises is slated for release on July 20 2012, and will star Christian Bale, Michael Caine, Morgan Freeman and Gary Oldman, with Liam Neeson reportedly appearing in a cameo role as supervillian Ra's al Ghul.