Imran Khan (singer)
Imran Deen Khan was born on 28th May 1984. He is a Dutch Pakistani singer who became popular after the release of his first single "Ni Nachleh" as well as his second single which was written by sunny bhatti (who lives in pakistan) Amplifier. He was born in The Hague in Holland. His debut album Unforgettable was released on July 27th, 2009, which won him much critical acclaim. 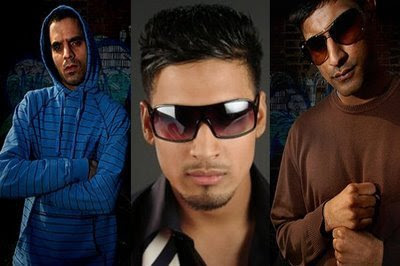 Other Projects
Other than music Imran Khan is working on his own clothing line which he is planning to launch very soon and he is also going to launch his own reality TV show in which 8 Women contestants compete to get a chance to have a dinner with Imran Khan. The reality show will be aired on ARY Muzik.
Discography
* Unforgettable (2009) 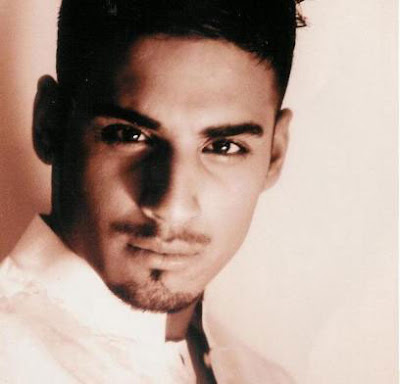 Interview
With a huge smash hit under his belt, the Punjabi pop sensation Imran Khan, is today on the path to a long term career. The single ‘Ni Nachleh’ was released to see how the industry appreciated Imran Khans style of music. Not only was it well received, it went on to become a global smash hit and took Imran and his label forward.
Imran’s new single ‘Amplifier’ is a club joint with a fantastic vibe and is produced by none other then creator of the hit single Ni Nachleh. Eren E has produced tracks 1 through 12 and H. Ozan has produced tracks 13 through 15. The single is very different to his debut yet is loaded with what is fast becoming Imran’s signature style of fast paced singing. 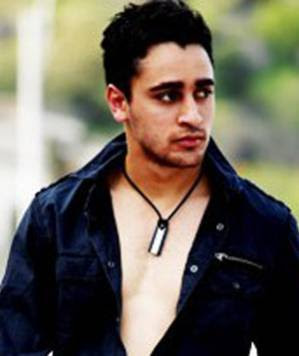 The album ‘Unforgettable’ features numerous genres and styles with a sprinkling of the Dutch artists own twist. From more traditional tracks through fusion tracks that lend themselves to the club scene, the album reveals a multitude of talents and unique styles.
01. Imran welcome to Desi-Box, For all the people who have been in hiding for the last couple of years and havent heard of you, give us a quick introduction as to who you are and how you've come so far in such little time.
Imran Khan: Hi im Imran Khan a singer and writer from Holland, A lot of you guys will remember me from my debut single Ni Nachley which was a big hit. Since then i've been working on my debut album Unforgettable as well as performing around the world Dubai, Malaysia, Singapore, America not to forget the UK.
02. Imran your friends tell me you have been singing for a while and that you are self taught from the beginning which is a major achievement what inspired you to become a singer? 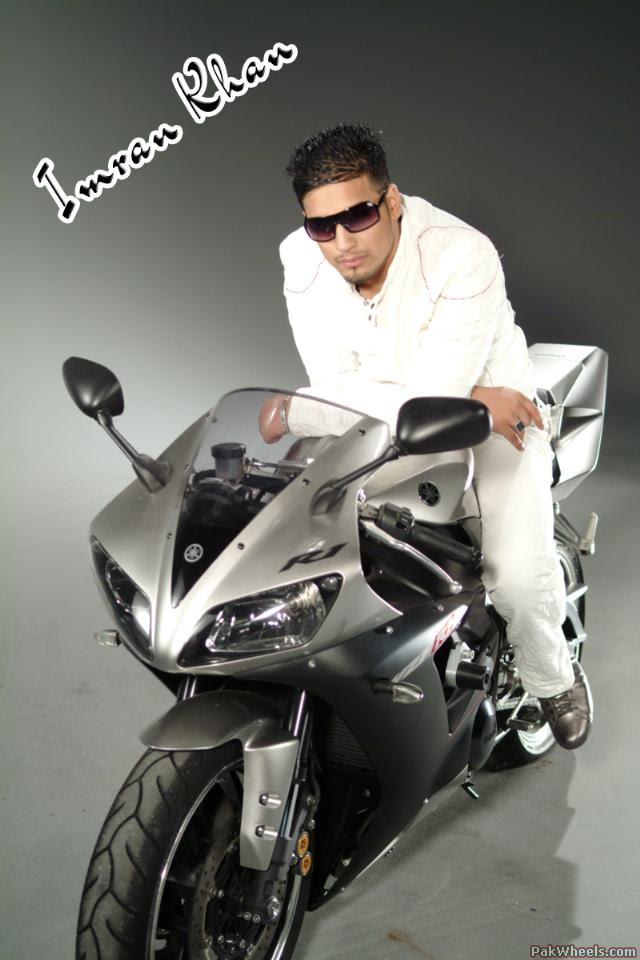 Imran Khan: Thanks Adzo, singing for me has always been a part of me I been actually singing since I was 6. What really got me going was listening to the likes of Michael Jackson. My family always supported me which was a big boost of confidence. If I had to pick someone who did inspire my Punjabi side I would have to say Amar Singh Chamkela, he is a legend
03. You’re with Prestige Records a relatively new label, what made you sign to them?
Imran Khan: What actually happened is I did check out a few labels and one of my friends actually sent a demo of mine to Prestige Records. Basically they were into their Punjabi music and after listening to some of my stuff they said they loved my style of singing and the music. It’s totally different to any other Punjabi track and seeing that they showed an interest in my kind of music it made me feel they were the one for me.
04. We know that you searched far and wide for a producer, what made you choose Eren E, the Turkish producer to produce your debut album?
Imran Khan: Yes Adzo we did search around quite a bit for the producer. What it was we wanted a producer who was innovative and was someone with just one style of music we wanted someone who could do a variety and that’s where Eren E comes in as he was able to not only produce a great punjabi beat but also Urban, Rock, Salsa etc. He has to be one of the greatest producers around.
05. Your fans all across the world have been anxiously waiting for the release of your album Unforgettable, why has it taken so long?
Imran Khan: What it is Adzo we wanted the album to have that unforgettable feel and therefore for a quality album it is going to take time as at time we had to change the vocals or the melody line until we were satisfied. I believe when fans listen to the album they will think the wait was worth it.
06. Your debut single Ni Nachle was a world wide hit and voted track of the year on Club Asia in 2007 since then there’s been a lot of pressure on you to deliver a quality album. Has it been tough carrying the weight of all the expectations from fans?
Imran Khan: To be honest we were surprised with the response from the single, we knew it would do well but to be a huge hit at the level it was just threw me back. So there was a lot of fan pressure on me then to make sure the album lived up to the expectations of my fans.
07. Imran you write all your lyrics yourself...from the catchy and witty lyrics of Ni Nachle, 40 Pra and Amplifier to the deep and meaningful lyrics of Bewafa and Gora Gora Rang. Where do you draw the inpsiration to write such lyrics?
Imran Khan: For me my inspirations comes from everyday life, its not a particular thing or experience its just life as it is take for example when I was training and suddenly a line comes to my head Tuh Hain Mere Superstar. Its just stuff like that a thought that changes into my lyrics. Another example is Amplifier I was at a set of traffic lights waiting and then it comes to me Gadi Sanu Behja Ni Jatiye and then I thought a lot of people sing about laila majnu you are my laila i am your majnu and I twisted it in Tu Meri Woofer Mein Tera Amplifier which is just crazy to listen to.


08. So ok one question the girls will wana to ask what about the track Bewafa, has anyone ever betrayed you?
Imran Khan: (laughs) No Adzo, with that particular track I tried to put myself in a person who has been betrayed and what they are going through. If I am ever betrayed you will see me singing this out loud on rooftops (laughs).
09. Amplifier is a brilliant song deffinitely going to be hearing it in every 'badboys' car during the summer, it comes with a quality high budget video. Do you have any input into what goes on in the video or do you leave all that to the director?
Imran Khan: The whole concept for the video was by me, I told the director Tim Swagger that I wanted a police chase scene and the kind of feel I wanted for the video.
10. Any reason why you wanted the police scene?

Imran Khan: Yeah in Holland they chase me a lot (Laughs), its one of the reasons why I created the track Amplifier as they always seem to be chasing me but never have been able to catch me. (Laughs)
11. Ok so Imran we've had hit after hit so far from you, what can we expect from the rest of the album?
Imran Khan: Well we have worked hard on our stuff and always try our best so hopefully people will appreciate the rest of the album as I personally have put a lt of effort into it and put my heart on it so hopefully they will like it.
12 What track you think the audience will like the most? 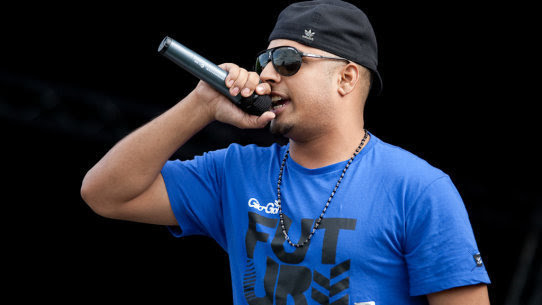 Imran Khan: I think Qott Ghusian Da, it’s like a track that explains everyone is one like for example muslim hindu and sikh we dont have to put dividness in those religions. Everyone is one, everyone is a human and am singing about that. (sings The Track.... Qott Ghusian Da).
13. Which current artists or artists from the past would you like or would have liked to work with in the future?
Imran Khan: Well Adzo to be honest the artists I would like to work are no longer with us. I would have love to work with Michael Jackson but unfortunately he is no more.

14. Ok so what have you got planned for the future after this album, are you planning on going to go on a world tour or like RDB and Taz Stereonation go into bollywood?
Imran Khan: I have honestly never really thought about it as currently I am looking to establish myself in the industry then I would consider Bollywood. I am planning a world tour for the album for which I will perform in America, India, Pakistan, Dubai, Malaysia, Singapore, Australia and the UK.
15. While making your album Unforgettable do you remember any incidents or have memories of you will always remember while making the album?
Imran Khan: Well I dont want to give you exact details (laughs) but while making the album we had our laughs and at times sometimes I would not like the beat and Eren would not like the lyrics so we would have to play a few games and decide. This is what makes us a great team as we understand each other and can say what we need

16. So is the xbox not the reason why the album was delayed (laughs)?
Imran Khan: (laughs) Na Adzo, the xbox is there to help us chill out and refresh our minds. We really worked hard for the album and so like they say if you want quality you need to have patience.
17. Ok one question I have had a lot of people message in to ask you are you single?
Imran Khan: (laughs) Adzo am sorry am going to have to say No Comment.
18. Any final message to Desi-Box fans and to all your fans worldwide?
Imran Khan: All I am going to say is enjoy the album and make sure you buy it and don’t download illegally and finally respect others and learn others to respect and have love for one another. Respect goes out to Desi-Box for all their support and too all my fans. 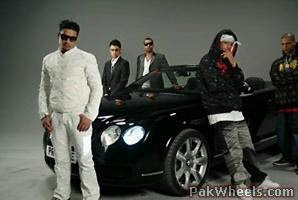 COVETED AWARDS AND NOMINATIONS
Move over Midas, there’s a new king in town and he’s about to bag all the gold. This week, musical golden boy, Imran Khan was nominated for four UK AMAs and accepted an extremely prestigious award from Anokhi Magazine.
Khan is nominated for Best Album for Unforgettable, Best Desi Act, Best Male Act and Best Video for ‘Amplifier’. The UK Asian Music Awards are the British Asian equivalent of the Brits or the Grammys. Fans determine the winners by voting for their favorite at www.theukama.com. This year the event will take place on March 11th.

How does he feel to have so many nominations? Khan says, “The nominations for the UK AMA’s are great. I have worked tirelessly to deliver a hot album and bring forward a brand new urban desi sound for my generation of desi music listeners. Let’s hope my fans feel the same and vote for me.”