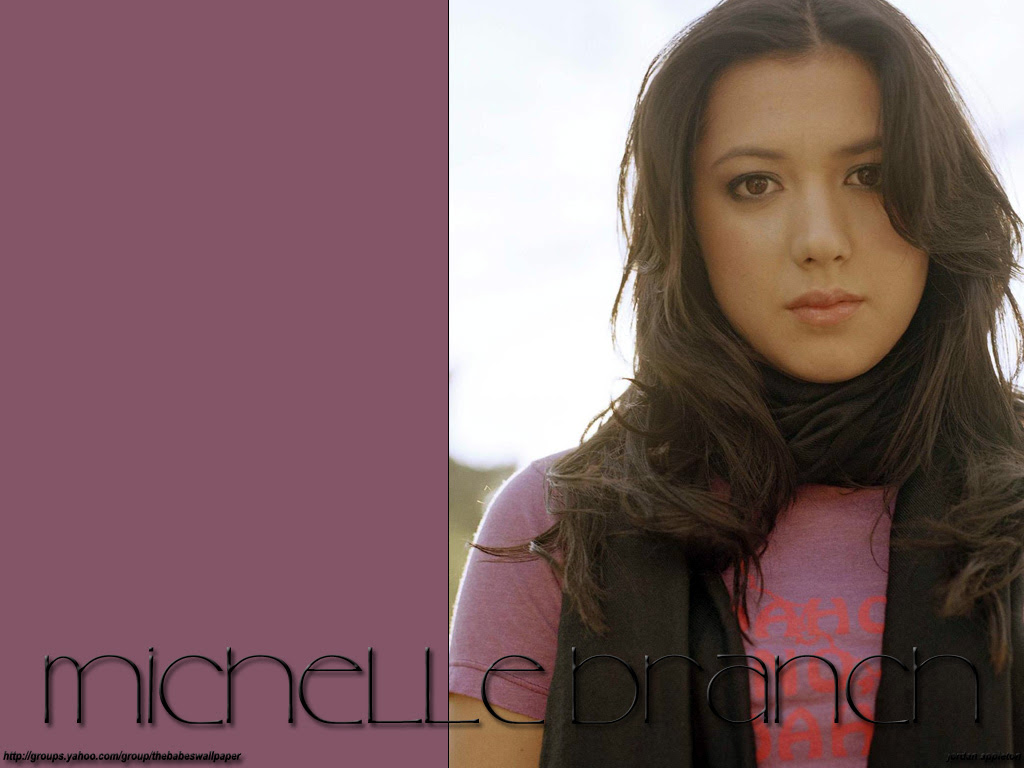 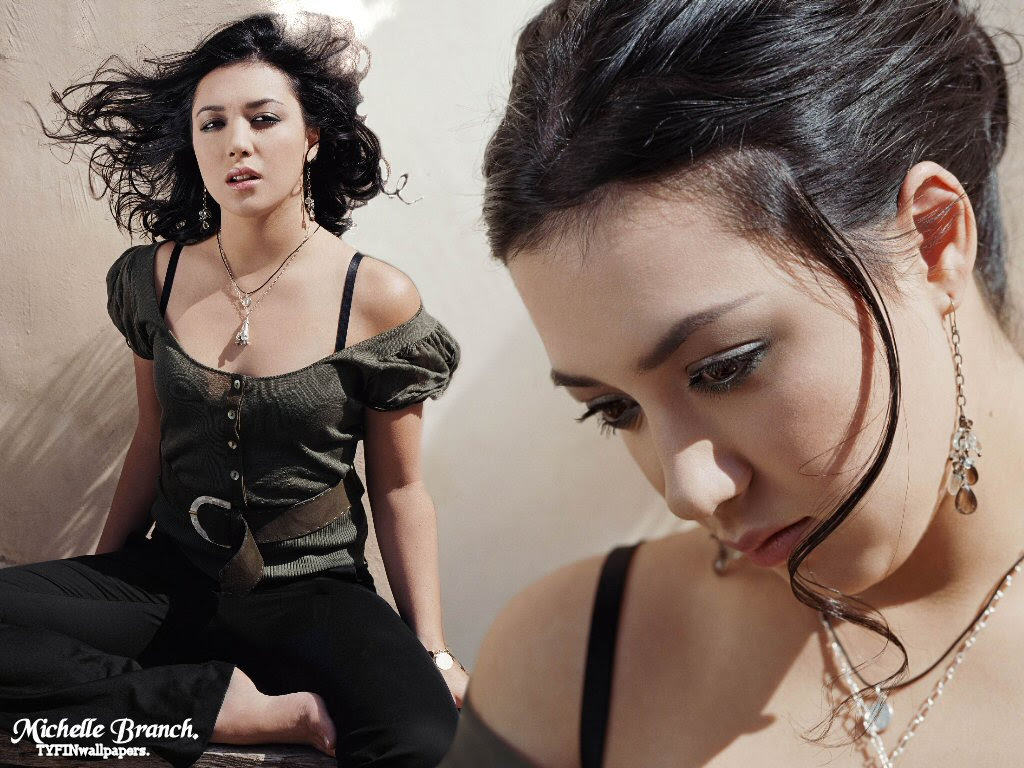 Michelle Jacquet DeSevren Branch was born on July 2, 1983, in Sedona, Arizona, to David and Peggy Branch, six months after they were married.Her father is of Irish descent, and her mother is of Dutch Indonesian and French descent.Her siblings include an older half-brother named David and a younger sister named Nicole.Beginning to sing at the age of three, Branch enrolled in voice lessons at Northern Arizona University when she was eight,and received her first guitar for her fourteenth birthday. After teaching herself chords, she composed her first song "Fallen" within a week of receiving her guitar. She initially attended Sedona Red Rock High School, but finished the last two years of her high school education through home schooling so that she could focus on her music career. To support Branch's interests, her parents helped her book local gigs in Sedona, AZ, and later financed her independent album Broken Bracelet. Her set list at these gigs included covers by Sheryl Crow, Lisa Loeb, Jewel, and Fleetwood Mac.In June 1998, Branch self-produced Broken Bracelet, a compilation of songs she wrote when she was 14 and 15; the album was later released on the independent record label Twin Dragon Records in June 2000.Its title was inspired from a bracelet made by pop singer Jewel, given to Branch by musician Steve Poltz at a Lisa Loeb concert she attended. Poltz told Branch that "when it breaks, you'll be famous." The Broken Bracelet recordings were destroyed in the Nashville floods in May of 2010.In December 1999, she posted two of her songs on the Rolling Stone website, which caught the attention of both pop rock band Hanson and former Rolling Stone writer and Los Angeles record producer Jeff Rabhan, eventually leading to two gigs opening for Hanson in 2000.In 2001, Branch signed a recording deal with Maverick Records, where she began working with John Shanks to produce her first album and major-label debut.The album, The Spirit Room, was released in August 2001, producing the hit single "Everywhere." The single was a commercial success, winning the 2002 MTV Video Music Awards Viewer's Choice Award."Everywhere" was later followed by singles "All You Wanted" and "Goodbye to You." In August 2001, she appeared on Total Request Live after "Everywhere" reached No. 4 on their charts. Due to the mainstream success of those released singles, The Spirit Room was certified Platinum by the RIAA for selling over a million copies. By 2003, The Spirit Room had sold over 2 million copies worldwide. Michelle also sang in Hanson's 2004 album, Underneath in the song, "Deeper."Branch met Justincase before her debut on Maverick Records, becoming friends over the Internet before meeting in Las Vegas for a music convention in 2000.

Justincase was signed to Maverick Records in late 2001 with the help of Branch.A self-titled debut album on October 29, 2002 which included several collaborations with Michelle Branch—including the lead single, "Don't Cry for Us"—who promoted the album on MTV's Total Request Live. In 2002, she teamed up with Santana to produce the song "The Game of Love," which went on to win a Grammy Award for Best Pop Collaboration with Vocals.She also earned a Grammy nomination in 2003 for Best New Artist, but was edged out by Norah Jones.Her second album Hotel Paper was released in 2003, and debuted at No. 2 on the Billboard 200 charts and matched the commercial success of her debut album earning a Platinum certification by the RIAA for selling over a million copies. However, the album was met with mixed reviews. The lead single "Are You Happy Now?" was a chart success, earning her a nomination for the Grammy Award for Best Female Rock Vocal Performance, though she was ultimately edged out by Pink's "Trouble." The following singles, however, "Breathe" and "'Til I Get over You," did not match the first single's success. Branching out into television, she appeared in several shows, including Buffy the Vampire Slayer, American Dreams, and Charmed. In June 2004, she hosted MTV's "Faking the Video" alongside Nick Lachey and JC Chasez. She also appeared in the Rob Schneider film The Hot Chick. Branch married her bass player Teddy Landau in Mexico on May 23, 2004, and gave birth to a baby girl named Owen Isabelle on August 3, 2005.Prior to meeting her husband she dated guitarist Sean Woolstenhulme of Lifehouse and The Calling.

In July 2005, Branch began collaborating with her backup singer and longtime friend Jessica Harp.They were initially known as "The Cass County Homewreckers" as a joke by Branch's husband,but they trimmed it down to The Wreckers.Their album attempted to combine their respective genres—pop rock and country. It was originally slated for release in June 2005 but was delayed because of reasons surrounding Branch's pregnancy.The duo's first single "Leave the Pieces" was released in February, 2006, while their album Stand Still, Look Pretty was released in May.During this period, they contributed to Santana's album All That I Am, with the song "I'm Feeling You,"appearing on the American teen television drama One Tree Hill,and joined country music stars Rascal Flatts on a U.S. tour. They initially toured with Gavin DeGraw, Tyler Hilton and Bethany Joy Galeotti which was also written into the show during the second season. 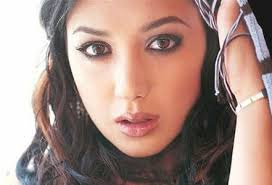 The group was nominated for the 2006 CMA Awards Vocal Duo of the Year and for a Grammy Award for Best Country Performance by a Duo or Group with Vocal for the song "Leave the Pieces" in December, 2006. Stand Still, Look Pretty was certified Gold by the RIAA with sales of 851,000 copies as of March 2009. The Wreckers split in 2007.Immediately thereafter, Branch wrote an unreleased song for Mandy Moore's 2007 album Wild Hope,and also wrote "Together" for the soundtrack of The Sisterhood of the Traveling Pants 2; it was also featured as the final song ever played on the CBS TV soap opera, Guiding Light. In October 2007, she announced that she was working on a new solo album and later reported the title would be Everything Comes and Goes.

In June 2008, she played several live shows in preparation for the album's release with her sister Nicole singing backing vocals.In early 2009, she sang the song "I Lose My Heart" in a duet with Chris Isaak on his new album Mr. Lucky. A video for the first single from the album "Sooner Or Later" was released on July 28, 2009. Also in 2009, she recorded "A Case of You" (originally by Joni Mitchell) for the compilation Covered, A Revolution in Sound which commemorated Warner Bros. Records 50th anniversary. A video was made for the song "This Way" and uploaded to Branch's official YouTube account in October 2009, but it was not released as a single and did not chart. (The video was included on a limited edition DVD entitled The Video Anthology available on michellebranch.com.) Everything Comes and Goes was finally released as a six-track extended play on July 16, 2010, via Michelle's website and would be available at all retailers one month later. In 2010, Branch and R&B/hip-hop producer Timbaland collaborated on a pop/R&B song entitled "Getaway" and released a video.In December 2010, it was announced by Branch that she would be returning to her Pop/Rock roots for her new album. Branch is still signed to Warner Bros. Records, but the album is scheduled to be released on Branch's own vanity label Sticks n' Stones Recordings Ltd and distributed through Warner imprint, Reprise Records. In January 2011, Branch confirmed in an interview with Katie Krause from Hollywire.com that the album would be released this year. In early 2011, Branch released three previously unreleased songs from Everything Comes and Goes including, "Texas In the Mirror", "Take a Chance on Me", and "Long Goodbye", the latter a duet with Dwight Yoakam. On March 22, 2011 in a video regarding updates on the third studio album uploaded via Branch's YouTube account, Branch confirmed that half the album is finished and added that "it's sounding really really good.... 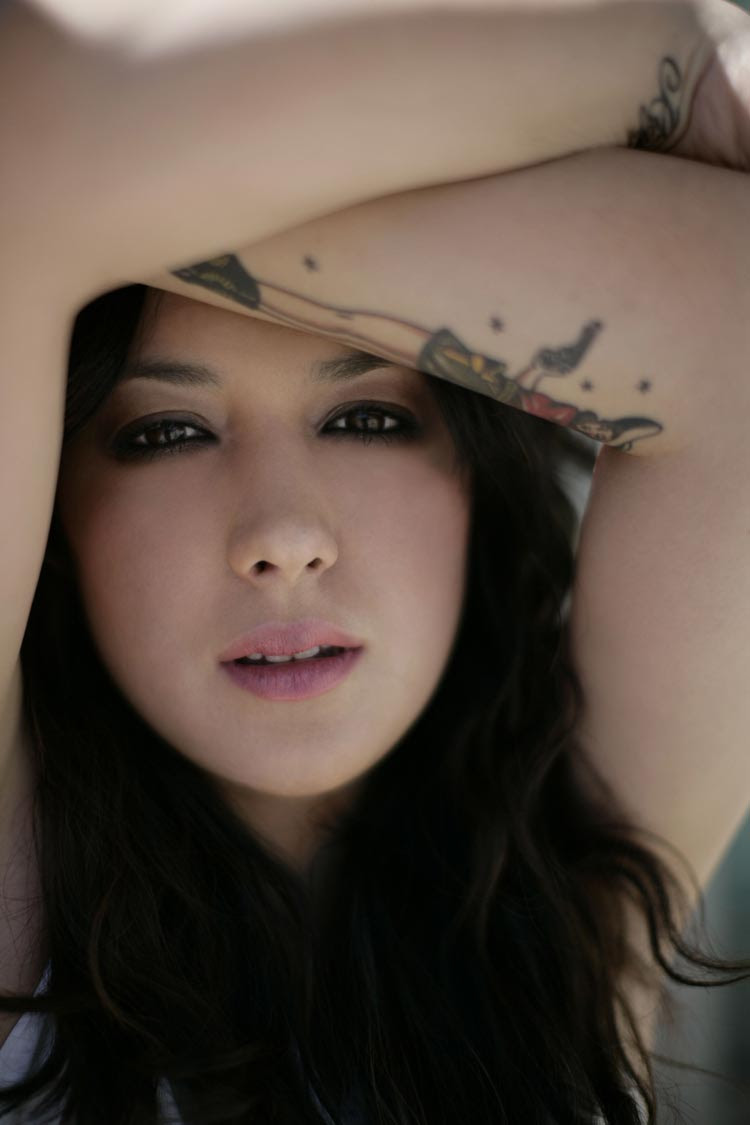 it's all going well and it's all on time."On April 14, 2011 it was announced that Branch had finished recording the album, she also added that "only mixing/mastering left." On May 26, 2011, Branch hosted a live webchat with fans in which she previewed her new single "Loud Music", which was released to iTunes store on June 14, 2011, The song was co-written and produced by British writers Jim Irvin and Julian Emery who collaborated with Michelle on several songs on the album. In the webcast, Branch also mentioned songs on the album called "Mastermind" and "The Story Of Us" and also added that "Through The Radio" would be a hidden track on the CD. In a previous webcast, she also premiered a song from the album called "Spark". On June 1, 2011 Michelle announced that the album is called West Coast Time and will be released in September.In June 2011, she released the album's first single titled "Loud Music". On July 12, 2011, Michelle performed "God Bless America" at the MLB All-Star Game, in Phoenix, Arizona. 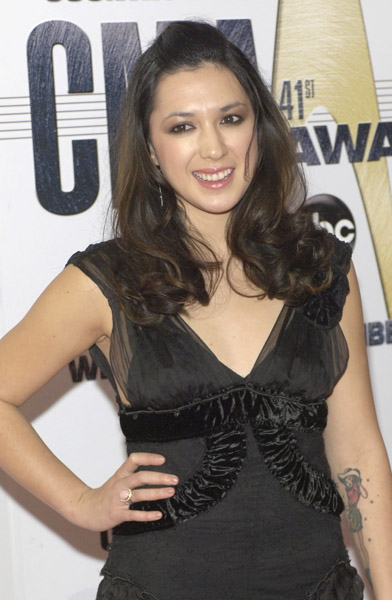 Michelle Branch Make Up
Posted by sella ashfaq at 8:08 PM