Voted as the”Best Looking Man in India” by the People Magazine US, Salman Khan is a renowned Bollywood personality. Born to a notable screenplay writer Salim Khan and Salma Khan on 27th December, 1965, Salman Khan is an established Indian actor.

Salman Khan made his bollywood debut with 1988 release ‘Biwi Ho To Aisi’, however his first film in a leading role was Sooraj Barjatya’s ‘Maine Pyar Kiya’. Besides being one of the highest grossing Indian films of all times, ‘Maine Pyar Kiya’ also earned Salman Khan a Filmfare award for the Best male Debut and A nomination for the best actor. ‘Maine Pyar Kiya’ was followed by other commercial successes like ‘Baaghi’, ‘Pathar ke Phool’, ‘Sanam Bewafa’ and ‘Saajan’. 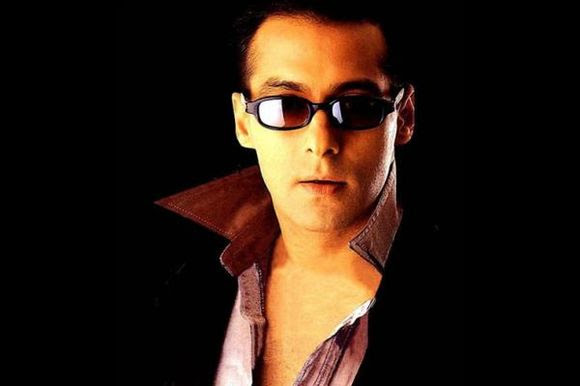 Salman Khan continued to rule Bollywood with commercial as well as critical successes like Sooraj Barjatya’s ‘Hum Saath Saath Hain’, David Dhawan’s ‘Biwi No.1’ and Sanjay Leela Bhansali’s ‘Hum Dil De Chuke Sanam’. Despite huge success in 90s, Salman Khan could not enjoy any significant achievement in early 2000s. Soon he returned with a bang in 2003 with an intense love story in ‘Tere Naam’. In addition to being a box office success, ‘Tere Naam also earned him critical appreciation. His glory continued with comedy movies like ‘Maine Pyar Kyun Kiya’, ‘Mujhse Shaadi Karogi’ and ’No Entry’.

However his consequent releases’Jaan-e-Mann’,’Baabul’, ‘Salaam-e-Ishq’, ‘Marigold’, ‘Heroes’, ‘Main aur Mrs. Khanna’ and ‘London Dreams’ could not do well at the box office. Salman Khan’s action thriller ‘Wanted’ directed by the exceptional choreographer Prabhudeva was a huge hit of 2009. Salman’s big budgeted dream project ’Veer’ could not meet the expectation of audiences and the critics. Salman Khan has successfully hosted two seasons of ’10 Ka Dum’ thus earning high TRPs for Sony Entertainment Television.

Salman Khan has been honored by Madame Tussauds Wax Museum by installing his wax replica. Salman Khan was voted as the seventh best looking man in the world in 2004 by people magazine, US.
Salman Khan has been involved in a number of legal controversies including the 2002 arrest on the charges of negligent driving and hunting of Chinkara- an endangered species. Salman Khan has been in news for his tumultuous relationship with former Miss World and actress Aishwarya Rai and his current love interest Katrina Kaif.

Salman Khan’s upcoming movies include ‘Tom & Jerry’, ‘Dabang’, ‘Amar Akbar Anthony’ and the much awaited ‘Bajirao Mastani’. Salman Khan’s ‘Being Human’ foundation is closely associated with a number of social causes and charities.

Wanna know the salary of Salman Khan for his upcoming film that happens to be a remake of Telugu film ‘Ready’. Keep guessing and it’s far higher than any of the actors ruling in box office for the moment. It’s Rs.50Crores and the entire Bollywood is gone so surprised about it. The producers aren’t caring about paying such a big amount as they feel that Salman Khan has got a best global market. The film’s shooting has already started in the deep rooted forests of Colombo. Both Salman Khan and Asin have got severe security over there as president Raja Bakshi himself has offered them.
The film’s shooting will be completed within next 4 months and will have a grand release. It looks like, the film will have more reach than the Telugu and Tamil version as the brand Salman Khan himself would sell the film for a greater sum.

The Secret Behind Salman Khan’s Eyes

Just a day after gossipmills went abuzz with reports that Salman Khan has had a surgery to sport youthful eyes, the actor has come out to rubbish all such reports. Taking on to Twitter, Salman posted his justification for sporting glares at events like his TV show ‘Bigg Boss’ and his Being Human fashion show.
And if Salman is to be believed then it’s the scratch under his eye and not any surgery that is forcing him to sport glares.

Posting a picture of his bruised eye on his Twitter homepage, Salman tweeted, “I was okay to walk the ramp without the glares but everyone who saw my eye got scared. So I thought it best to wear the `chashmas`.”
As for the reason behind his bruised eye, Salman wrote, “It was just a small scratch near the eye but because of all the commitments with `Bigg Boss`, launch of Being Human watches …the Being Human fashion show, had to attend all these functions and so because of the energy the blood clot spread in the whole eye.”
“Of course it hurts and vision is slightly blurred, but will be fine in a few days,” he added.
The actor recently walked the ramp with scintillating Bollywood ladies like Priety Zinta, Katrina Kaif, Rani Mukerji, Bipasha Basu, Karishma Kapoor, Sushmita Sen, Priyanka Chopra and Kareena Kapoor. And it seems, the actor had a ball scaring them all with his bruised eye.