Drew Blyth Barrymore (born February 22, 1975)is an American actress, film director, screenwriter, producer and model. She is a member of the Barrymore family of American actors and granddaughter of John Barrymore. She first appeared in an advertisement when she was 11 months old. Barrymore made her film debut in Altered States in 1980. Afterwards, she starred in her breakout role in E.T. the Extra-Terrestrial. She quickly became one of Hollywood's most recognized child actors, going on to establish herself in mainly comic roles.Following a turbulent childhood which was marked by drug and alcohol abuse and two stints in rehab, Barrymore wrote the 1990 autobiography, Little Girl Lost. She successfully made the transition from child star to adult actress with a number of films including Poison Ivy, Bad Girls, Boys on the Side, and Everyone Says I Love You. Subsequently, she established herself in romantic comedies such as The Wedding Singer and Lucky You.In 1995, she and business partner Nancy Juvonen formed the production company Flower Films, with its first production the 1999 Barrymore film Never Been Kissed. Flower Films has gone on to produce the Barrymore vehicle films Charlie's Angels, 50 First Dates, and Music and Lyrics, as well as the cult film Donnie Darko. Barrymore's more recent projects include He's Just Not That into You, Beverly Hills Chihuahua, Everybody's Fine and Going the Distance. A recipient of a star on the Hollywood Walk of Fame, Barrymore appeared on the cover of the 2007 People magazine's 100 Most Beautiful issue.

Barrymore was named Ambassador Against Hunger for the UN World Food Programme (WFP). Since then, she has donated over US$1 million to the program. In 2007, she became both CoverGirl's newest model and spokeswoman for the cosmetic and the face for Gucci's newest jewelry line. In 2010, she was awarded the Screen Actors Guild Award and the Golden Globe Award for Best Actress in a Miniseries or Television Film for her portrayal of Little Edie in Grey Gardens.Barrymore was born in Culver City, California, the daughter of American actor John Drew Barrymore and Jaid Barrymore (née Makó), an aspiring actress. Barrymore's mother was born in a Displaced Persons camp in Brannenburg, West Germany to Hungarian World War II refugees. Barrymore's father was of mainly English and Irish ancestry. Her parents divorced after she was born. She has one half-brother, John Blyth Barrymore, also an actor, and two half-sisters, Blyth Dolores Barrymore and (Brahma) Jessica Blyth Barrymore.Barrymore was born into acting: her great-grandparents Maurice Barrymore and Georgie Drew Barrymore, Maurice Costello and Mae Costello (née Altschuk) and her grandparents John Barrymore and Dolores Costello, were all actors;John Barrymore was arguably the most acclaimed actor of his generation. She is the niece of Diana Barrymore and the grandniece of Lionel Barrymore, Ethel Barrymore and Helene Costello, the great-great-granddaughter of John Drew and actress Louisa Lane Drew, and the great grandniece of Broadway idol John Drew, Jr. and silent film actor/writer/director Sidney Drew.She is also the god-daughter of director Steven Spielberg,and Sophia Loren.Her first name, Drew, was the maiden name of her paternal great-grandmother, Georgie Drew Barrymore; her middle name, Blyth, was the original surname of the dynasty founded by her great-grandfather, Maurice Barrymore. 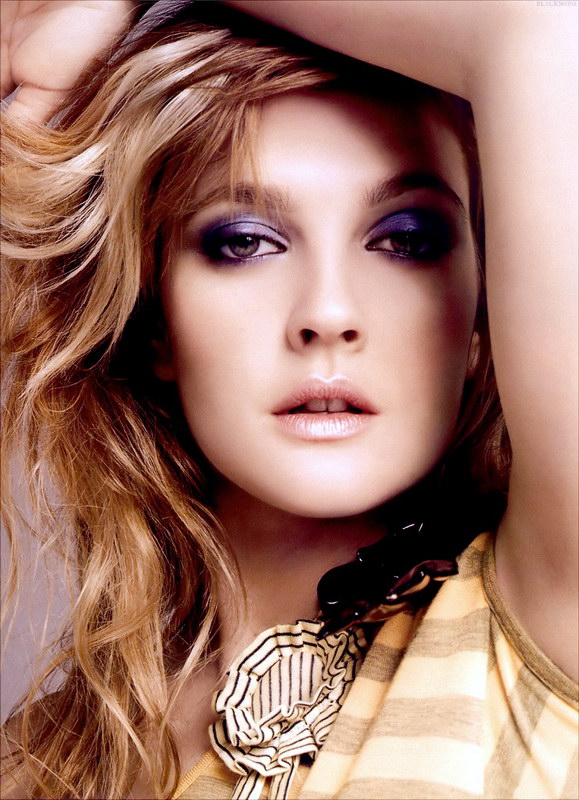 Barrymore's career began when she was auditioned for a dog food commercial at 11 months old. When she was bitten by her canine co-star, the producers were afraid she would cry, but she merely laughed, and was hired for the job. She made her film debut in Altered States (1980), in which she got a small part. A year later, she landed the role of Gertie, the younger sister of Elliott, in E.T. the Extra-Terrestrial, which made her famous.She received a Golden Globe nomination for Best Supporting Actress in 1984 for her role in Irreconcilable Differences, in which she starred as a young girl divorcing her parents. In a review in the Chicago Sun-Times, Roger Ebert states: "Barrymore is the right actress for this role precisely because she approaches it with such grave calm."

In the wake of this sudden stardom, Barrymore endured a notoriously troubled childhood. She was already a regular at the famed Studio 54 when she was a little girl, smoking cigarettes at age nine, drinking alcohol by the time she was 11, smoking marijuana at 12, and snorting cocaine at 13. nightlife and constant partying became a popular subject with the media.She was in rehab at age 13. 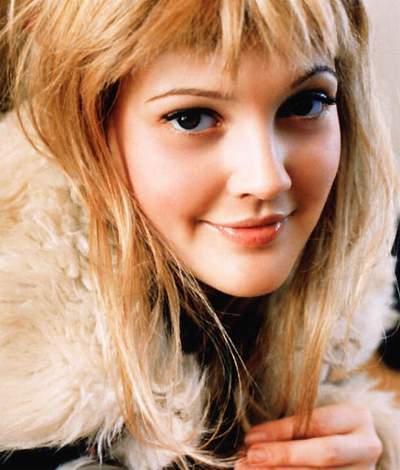 A suicide attempt at age 14 put her back in rehab, followed by a three-month stay with singer David Crosby and his wife. The stay was precipitated, Crosby said, because she "needed to be around some people that were committed to sobriety."Barrymore later described this period of her life in her autobiography, Little Girl Lost. The next year, following a successful juvenile court petition for emancipation, she moved into her own apartment.

n her late teens, her rebelliousness played itself out on screen and in print. Barrymore forged an image as a manipulative teenage seductress, beginning with the film Poison Ivy (1992), which was a box office failure, but was popular on video and cable. That same year, at the age of 17, she posed nude for the cover of the July issue of Interview magazine with her then-fiancé, actor Jamie Walters, as well as appearing nude in pictures inside the issue. She also underwent breast reduction surgery in 1992, and has said on the subject:

I really love my body and the way it is right now. There's something very awkward about women and their breasts because men look at them so much. When they're huge, you become very self-conscious. Your back hurts. You find that whatever you wear, you look heavy in. It's uncomfortable. I've learned something, though, about breasts through my years of pondering and pontificating, and that is: Men love them, and I love that.
Posted by sella ashfaq at 6:03 AM