Years.
GTV idol drama "Love Or Bread" released DVD lately. Leads Ariel Lin and Joe Cheng went to Japan to promote and meet fans. Because she hasn't film dramas for more than 2 years, it was rumored that she would pair up with SJ's Siwon and Donghae in new drama "Extravagent Challenge." She said it's not confirmed yet but can have different sparks with different actors, she can't wait. As for Taiwanese version of "First Coffee Shop," it was rumored she would pair up with Jerry Yan, she said she is waiting for the team to pick a right partner.

Ariel has worked with Joe in 3 dramas and they are viewers' on-screen couple. But the two afraid viewers will get tired of them two. Asked whether they would work again? Joe said: "Let's say after 5 years, wait until we're maturer. What about 2015? It will be 'It Started With A Kiss's 10th year anniversary." Ariel nodded and agreed with her "husband."

The two held two shows of handshake event. Joe took extra care of his hands for this event that he put on lotion everyday, hoping he can have the best interaction with fans. He went to Maldives lately and tanned his body, he joked: "Have to do heavy exercises, run, do aerobic work out an hour everyday, also have to tan evenly, 15 minutes on the front then turn around immediately, just like frying a fish." 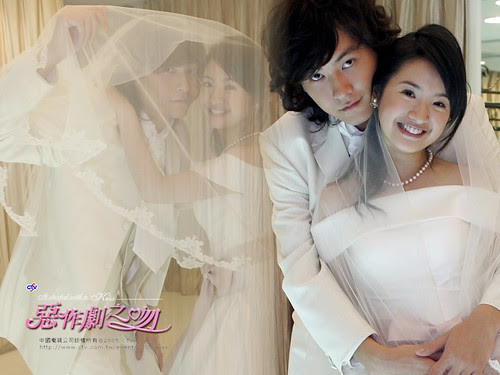 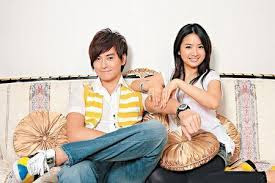