Geraldine Estelle "Geri" Halliwell (born 6 August 1972) is an English pop singer-songwriter, author, actress and philanthropist. After coming to international prominence in the late 1990s as Ginger Spice, a member of the girl group, the Spice Girls, Halliwell launched her solo career in 1998 and released her album Schizophonic.

Since then, she has released two more studio albums – Scream If You Wanna Go Faster and Passion – and four number one singles at the UK Singles Chart, "Mi Chico Latino", "Lift Me Up", "Bag It Up" and "It's Raining Men". In 2008, Halliwell published a book series named Ugenia Lavender.As a solo artist, Halliwell has sold 12 million records worldwide and been nominated for two Brit Awards in 2000 and 2002.

In 1999, Halliwell launched her solo career and released her debut album Schizophonic, with the lead single "Look at Me", produced by Absolute and Phil Bucknall. "Look at Me" would go on to sell over one million copies worldwide, followed by further number ones at the UK Singles Chart "Mi Chico Latino",

"Lift Me Up" and "Bag It Up". Halliwell performed "Bag It Up" during the BRIT Awards ceremony in 2000, emerging between giant inflatable legs, ripping off her shirt and walking in stiletto heels over the backs of topless pink-haired men whilst performing the song. 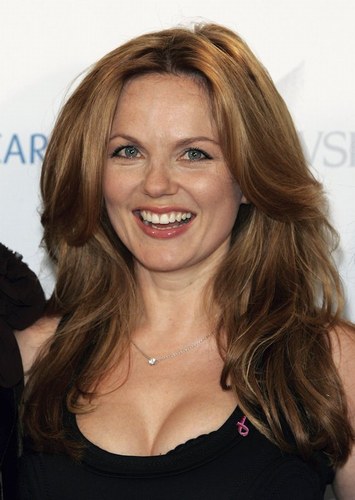 "Look at Me" was released to radio in the United States in late 1999, receiving limited airplay. With only a radio single, Schizophonic debuted at number forty-two on the Billboard 200 before dropping out within the next month. The album was eventually certified Gold, distributing over 500,000 copies. In 1999, she wrote an autobiography If Only, in which described her life as a Spice Girl.
Posted by sella ashfaq at 8:18 AM