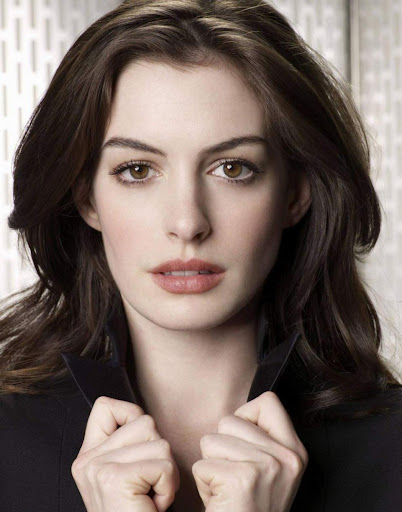 Anne Jacqueline Hathaway (born November 12, 1982) is an American actress. After several stage roles, she appeared in the 1999 television series Get Real. She played Mia Thermopolis in The Princess Diaries (2001). Over the next three years, Hathaway reprised that role for The Princess Diaries 2: Royal Engagement, and starred in family films, appearing as the title character in Ella Enchanted, both in 2004. Hathaway is also an Emmy winning actress for her voice-over performance in The Simpsons. 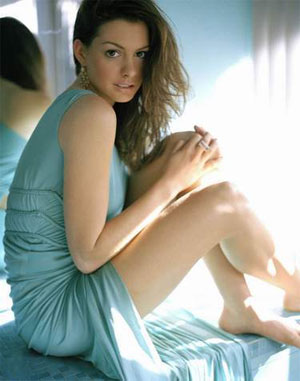 Hathaway had dramatic roles in Havoc and Brokeback Mountain, both in 2005. She starred in The Devil Wears Prada (2006) and in Becoming Jane (2007) as Jane Austen. In 2008, she was acclaimed for her lead role in Rachel Getting Married, for which she won awards and was nominated for the Academy Award for Best Actress. In 2010, she starred in the box office hits Valentine's Day and Tim Burton's Alice In Wonderland, as well as Love and Other Drugs. In 2011, she had a voice role in the animated film Rio. She is scheduled to play Selina Kyle (Catwoman) in Christopher Nolan's The Dark Knight Rises.
People magazine named her one of its breakthrough stars of 2001, and she first appeared on its list of the world's 50 Most Beautiful People in 2006

Hathaway was born in Brooklyn, New York. Her father, Gerald Thomas Hathaway, is a lawyer, and her mother, Kathleen Ann (née McCauley), is an actress who inspired Hathaway to follow in her footsteps.The family moved to Millburn, New Jersey when she was six years old. Hathaway has an older brother, Michael, and a younger brother, Thomas. She is of mostly Irish and French ancestry, with distant Native American and German roots. 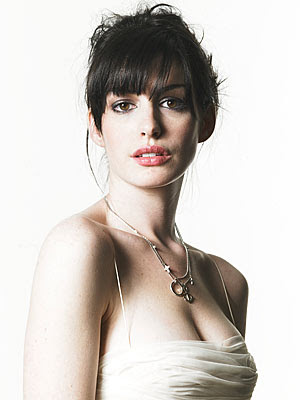 Hathaway was raised Catholic with what she considered "really strong values," and has stated she wanted to be a nun during her childhood.However, she decided against it at the age of 15, after learning her brother, Michael, was gay;she felt she could not be part of a religion that condemned her brother's sexual orientation.

[citation needed] In 2009, Hathaway described herself as a non-denominational Christian because she had not "found the religion" for her, and later stated that her religious beliefs are "a work in progress".
As a preschooler, Hathaway attended Brooklyn Heights Montessori School. She entered first grade at the Wyoming Elementary School in Millburn while she was technically still a kindergartner. 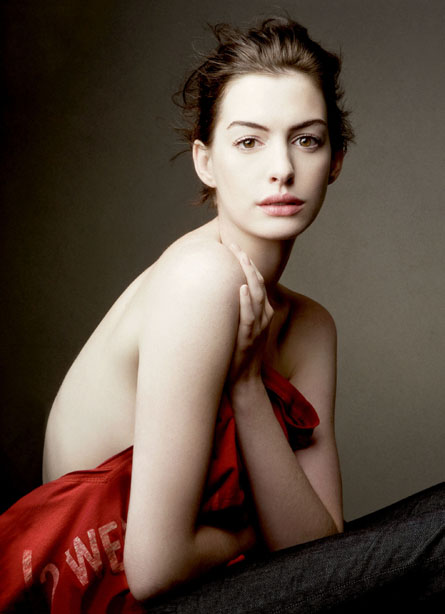 Hathaway graduated from Millburn High School, where she participated in many school plays; her high school performance as Winnifred in Once Upon a Mattress garnered her a Paper Mill Playhouse Rising Star Award nomination for Best Performance by a High School Actress. During this time, Hathaway was in plays including Jane Eyre and Gigi at New Jersey's Paper Mill Playhouse (which is located in Millburn, across the street from Hathaway's middle school). She spent several semesters studying as an English major and Women's Studies minor at Vassar College in Poughkeepsie, New York before transferring to New York University's Gallatin School of Individualized Study, referring to her college enrollment as one of her best decisions, because she enjoyed being with others who were trying to "grow up".Hathaway was the first teenager admitted into The Barrow Group Theater Company's acting program.

A soprano, Hathaway performed in 1998 and 1999 with the All-Eastern U.S. High School Honors Chorus at Carnegie Hall and has performed in plays at Seton Hall Preparatory School in West Orange, New Jersey. Three days after her 1999 performance at Carnegie Hall, she was cast in the short-lived Fox television series Get Real at the age of 16.
Hathaway is a trained stage actress and has stated that she prefers performing on stage to film roles.Her acting style has been compared to Judy Garland and Audrey Hepburn. She cites Garland as one of her favorite actresses and Meryl Streep as her idol.
Posted by sella ashfaq at 12:58 AM