is a 2011 3D American computer-animated action comedy film produced by DreamWorks Animation and distributed by Paramount Pictures. It is the sequel to the 2008 film Kung Fu Panda. The cast of the original film reprised their voice roles while the new villain is voiced by Gary Oldman. The film was released on May 26, 2011 in Real D 3D and Digital 3D. The film opened to positive reception and became an international success.

Plot : Long ago, the heir of the peacock clan that ruled Gongmen City in China, sought to bring happiness to the land with fireworks, until their son, Lord Shen (Gary Oldman) harnessed the power of fireworks as a weapon with which to rule the entire country.  When he learned from the court's goat soothsayer (Michelle Yeoh) that "a warrior of black and white" would one day defeat him, Shen assumed she was referring to the giant pandas and had them exterminated to avert the nearby village. Shen's parents were horrified
at this atrocity and exiled Shen from
Gongmen City, who swore revenge. 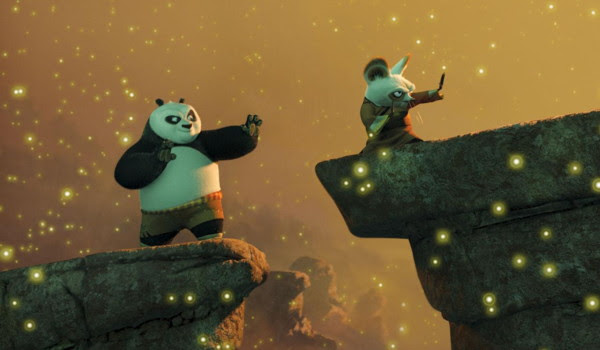 Twenty years later, Po (Jack Black) is living his dream as the Dragon Warrior, protecting the Valley of Peace alongside his friends and fellow kung fu masters, the Furious Five, but is told by Master Shifu (Dustin Hoffman) that he has yet to achieve inner peace. While fighting off a pack of wolf bandits who have been stealing refined metal for Lord Shen, Po is distracted by a symbol on the head wolf's (Danny McBride) armor, which causes Po to have a flashback of his mother and allows the wolves to escape. Po asks his goose father, Mr. Ping (James Hong), where he came from, but all Ping can tell him is that he found Po as an infant in a radish crate and adopted him.

Afterward, Shifu receives word that Master Thundering Rhino (Victor Garber), leader of the kung fu council protecting Gongmen City, has been killed by Lord Shen with his newly developed weapon, a cannon, with which he intends to destroy kung fu tradition and conquer China. Po and the Five go to stop him, reaching Gongmen City to find it under the control of Shen's forces. The heroes find two imprisoned council members, Masters Storming Ox (Dennis Haysbert) and Croc (Jean-Claude Van Damme), and ask their help to liberate the city, but both masters cite their helplessness against Shen's weapon and refuse to escape. Po and the Five are then discovered by the wolf leader, who they chase to prevent him from alerting Shen, only to be captured.

Upon being brought before Shen in his tower, Po and the Five free themselves and destroy Shen's cannon. However, Po is again distracted by a flashback upon seeing the same symbol as before on Shen's plumage, allowing Shen to escape and destroy the tower with an arsenal of cannons. After escaping, Tigress (Angelina Jolie) confronts Po over his distraction. Po explains that he remembers Shen's presence on the night he was separated from his parents, and wants to question Shen about his past. Though empathetic, Tigress orders him to stay behind for his own safety.

Regardless, Po breaks into Shen's cannon factory to confront him, inadvertently foiling the Five's attempts to destroy the factory. Shen claims that Po's parents abandoned him before he blasts Po out of the factory and captures the Five. Po is rescued by the Soothsayer, who has been exiled by Shen to the ruined village where Po was born. Guided by the Soothsayer to embrace his past, Po remembers that when he was young his parents had sacrificed themselves to save him from Shen's forces as they killed every panda and burned down the village. While fighting back Po's father ordered Po's mother to run and escape with their baby. Po's mother ran into the snowy woods and hid him in a crate before being subdued.Po then lifts up a broken door from the ground and finds his child hood toy. Realizing, however, that he had lived a happy and fulfilling life despite this tragedy, Po attains inner peace and continues his journey to stop Lord Shen. Po is healed back to health by the soothsayer and continues his journey.

Po returns to Gongmen City to save the captive Five and prevent Shen's conquest of China. During the ensuing battle (in which Ox and Croc participate after being persuaded by Shifu), Po uses his inner peace to enable a kung fu technique that redirects Shen's cannon fire against his own armada and destroys it. He then urges Shen to let go of his own past, but Shen refuses and attacks Po until he inadvertently slashes the ropes holding up his last cannon, which falls and crushes him to death. Victorious, Po returns to the Valley of Peace and reunites with Mr. Ping, lovingly declaring him to be his father. At the same time, Po's biological father (Fred Tatasciore) is shown to be living in a far-off hidden village inhabited by surviving pandas, and senses that his son is alive. 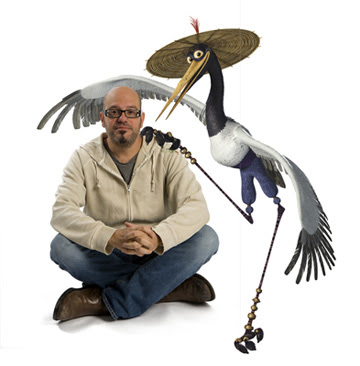 Kung Fu Panda 2 is the sequel to the 2008 film Kung Fu Panda. The first film was released in June 2008, and by the following October, the studio DreamWorks Animation announced plans for a second film with the subtitle Pandamoneum, which was changed by 2010 to The Kaboom of Doom before simply being retitled to Kung Fu Panda 2. Jennifer Yuh Nelson, who was head of story for the first film, was hired to direct the sequel. The original film's cast members reprised their voice roles. Like the other DWA films beginning production in 2009, Kung Fu Panda 2 was produced in DreamWorks' stereoscopic 3-D technology of InTru 3D. The studio also plans to release the film in IMAX theaters worldwide. 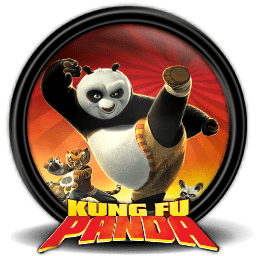 A video game adaptation of the film was developed and published by THQ on May 23, 2011.
The game takes place after the events of the film. Po and the rest of the Furious Five find themselves troubled by an evil group of crocodile mercenaries. With the help of the Kung Fu masters, Po has to uncover the plot behind this siege and put a stop to it. 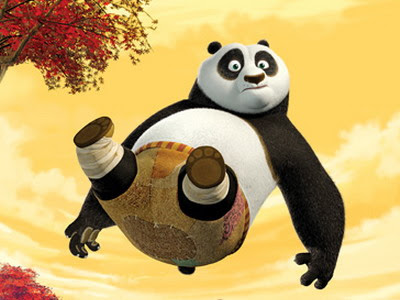